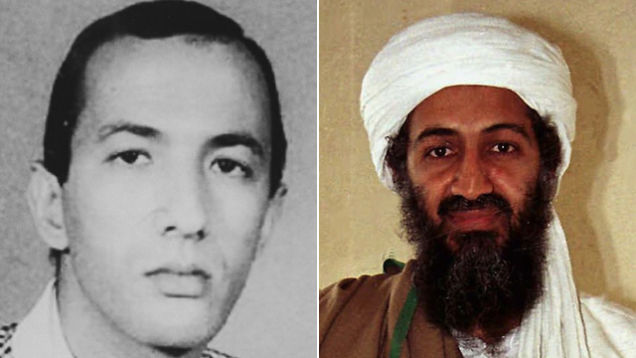 The al-Qaeda terrorist network is on the verge of becoming as dangerous as it was in the September 11 attacks two decades ago with a ruthless new leader dubbed “the sword of vengeance.”

Bloodthirsty Saif al-Adel is believed to be the new al Qaeda leader determined to recruit Islamic State fighters and raise fears of atrocities in the West.The 60-year-old former Egyptian-born military general is a “brilliant and ruthless strategist,” and is tipped to take the reins of Ayman Zawahiri.

A British terrorism expert told the Daily Mirror: “Compared to Zawahiri, he is likely to be a much more effective leader, at least a little more or even more than Bin Laden. ”

Rumors that Zawahiri is probably dead mean that intelligence agencies are prepared for an “al-Qaeda rebranding” as Iran-based Saif is almost certainly the new boss.

British and American spies have been monitoring Saif’s movements for years as he has been implicated in every Al Qaeda scandal launched in three decades.

Egyptian jihad veteran Ayman Zawahiri succeeded Osama bin Laden’s death in 2011 but has barely been heard of in years.

Former FBI counterterrorism expert Ali Soufan wrote that Saif could be “al-Qaeda’s third emir” with a three-decade terror resume under his belt.

Saif already has a $10 million US bounty on his head, wanted for the 1998 US Embassy bombings in Nairobi and Dar es Salaam, killing 224 people. 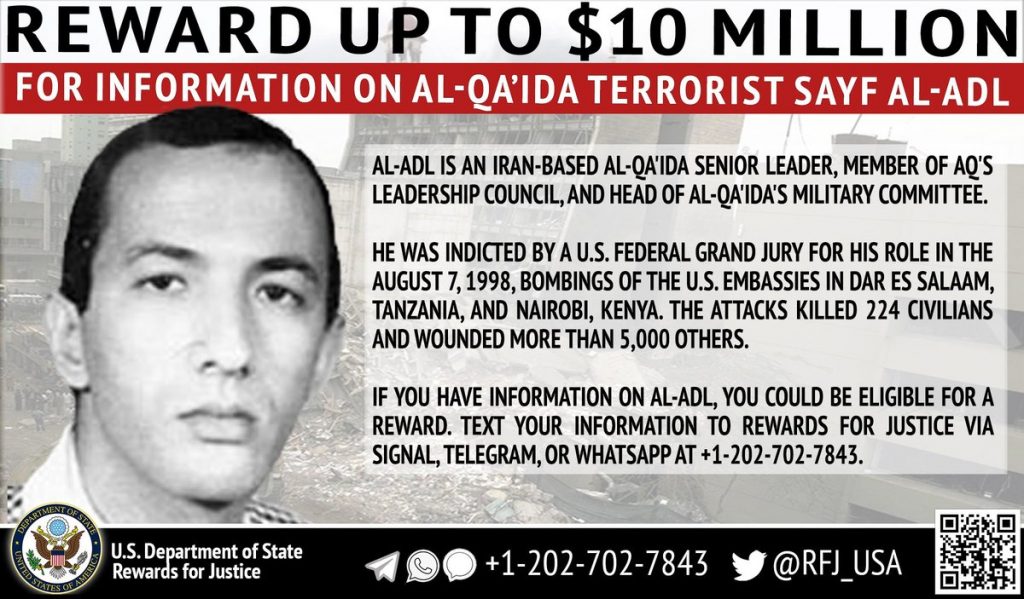 And someone who knew him at the time, according to a recent report by Soufan, said that the cold-hearted Saif was still: “… least affected by the deathsof innocent civilians.”

Saif introduced Islamic State founder Abu Musab al-Zarqawi and 9/11 conspirator Khaled Sheikh Mohammed to Bin Laden and was involved in the 1993 Battle of Black Hawk Down in Somalia.

Counterterrorism veteran Soufan recently wrote: “Saif’s revered status within the movement as well as his deep experience as chief of military intelligence and security and terrorist planner make him an emir. potentially dangerous.

Saif could merge his network with ISIS and solidified Al Qaeda’s ties with Iran and the Afghan Taliban.

British terrorism expert Colonel Richard Kemp, whose job was once to monitor Saif’s movements for the British government in the early 2000s, told the Daily Mirror: ‘He’s very likely to be the new one. chief because he is highly respected among Al Qaeda, but he also respected within the Islamic State.

“Not only could he be the new boss of Al Qaeda, but he could also encourage ISIS operatives to join Al Qaeda or cause some kind of merger between the two.

“There is cooperation between groups like this, but Saif is so respected that he could cause even greater cooperation or even a merger.

“He is a smart and strategic thinker and al-Qaeda has been in the doldrums under Zawahiri. This is all about leadership and it could re-energize the movement.

“He could make Al Qaeda a much more effective organization than it has been for a few years.

The Performance Of the Gary Griffith Assessed By A Former Member Of The Police Service Commission.

The Performance Of the Gary Griffith Assessed By A Former Member Of The Police Service Commission.

The Performance Of the Gary Griffith Assessed By A Former Member Of The Police Service Commission. 0

Prince William tested positive for COVID-19 back in April 0