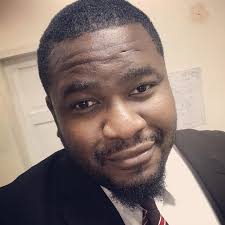 The Acting Mayor of Port of Spain says that while there is a concern with heightened criminal activity it is still safe to come to Port of Spain.

Recent shootings in the capital city has caused some concern among the population and the business community.

Last week during a forum with the Port of Spain Cty Corporation and Burgesses businesses told Mayor Joel Martinez that they were concerned with persons’ fear of coming into Port of Spain.

On Tuesday Acting Mayor of Port of Spain Hilian Morean said that while he understands persons’ trepidation, it is still safe to come into the capital city.

He revealaed that the City Corporation has several initiatives on stream to help tackle some of the underlying issues that contribute to criminal activity.

He says the Corporation has taken steps to go into the comunities and schools to target the youth.

He added that crime is occurring on all fronts not just Port of Spain.

Commenting on recent violent crimes committed in the Port of Spain area the Public Relations Officer of the City Police said collaborative efforts are ongoing both to reduce crime and to treat with the fear and perception of the issue.

Trade Union Movement Expresses Fear And Objection To The Government’s Decision To Extend The State Of Emergency. 0