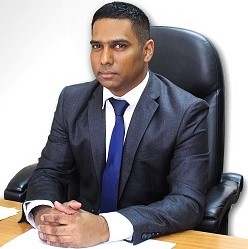 Members of the Protective Services say they are holding firm following the latest round of deliberations with the CPO.

They say e CPO as come back to the Unions with an offer of 4%.

The CPO says that the offer is final.

The Trinidad and Tobago Police Welfare Association met with the Chief Personnel Officer (CPO) on Sunday for another round of negotiations.

The association says it was then the CPO indicated that the government’s offer of 4 per cent for 2014 to 2019 was the final one.

The Prisons and Fire Officers have also received the same offer and both Associations said they will meet with their membership to discuss the matter before getting back to the CPO.

President of the Prisons Officers Association Cerron Richards is calling on the Government not to deny the essential services their just due instead he’s advising that they look elsewhere to cut costs.

Gary Griffith: Laws too soft on Fireworks use in T&T 0