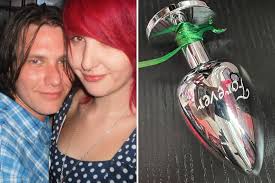 An Australian woman was trying to enter the United Arab Emirates while wearing sex toy with boyfriend’s ashes inside at airport security.

Sarah Button, who is a 23-year-old law student, was about to board a flight in the United Arab Emirates before the butt plug she was wearing in her boyfriend’s “favorite place” set off the alarms during check-in. She documented the entire experience on her TikTok page.

The videos were uploaded since September but it recently went viral online, gaining millions of views.

“They took me and my friend aside without much explanation,” Button said, before mentioning that she was forced to call her father to get help from the Australian embassy.

She also stated that the sex toy was a gift from her boyfriend before he died.

Jehlano Romney fled to Venezuela fearing for his life

Rowley: PNM can defend its decisions in Karen Nunez-Tesheira lawsuit

Jehlano Romney fled to Venezuela fearing for his life

Jehlano Romney fled to Venezuela fearing for his life 0

Rowley: PNM can defend its decisions in Karen Nunez-Tesheira lawsuit 0