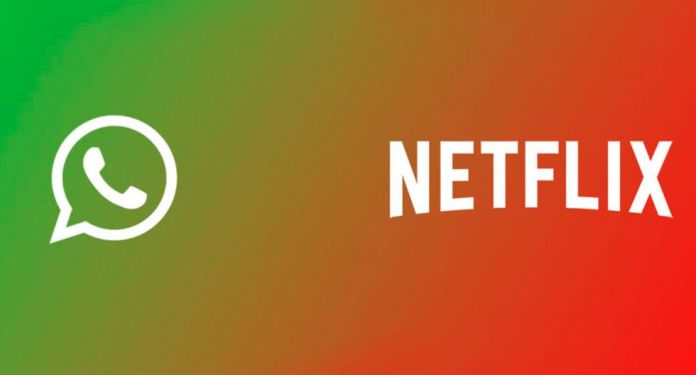 With this simple trick, you will no longer have to multitask. Do you like watching Netflix in the car or during a fairly long plane trip? Well, now the experience will be improved with the latest update of WhatsApp which is generating a lot of emotion in the users.

It is about the possibility of visualizing the content of Netflix in WhatsApp No need to be leaving the quick messaging app. This follows the same methodology as YouTube.

You will simply have to enter Netflix and send, or expect to receive, a trailer. Then click on the thumbnail and you can see the progress of the productions in the streaming application without leaving the application.

Thanks to the mode picture-in-picture, we can watch the video (if the series has it) in a pop-up window on the cell phone so we can continue talking in the application at the same time.

At the moment, the function is only available for phones with the iOS operating system, as reported by WABeta Info, and that have updated WhatsApp With the latest version.

For their part, Android users should wait a little longer to try this new way to watch videos on WhatsApp. For this, it is preferable to be a Beta user.

The Beta Testers, currently, have received an update of WhatsApp that allows them to try the “dark mode” on the home screen when opening the app.

At the moment this change can only be seen by those people who have Android 10 on their devices.

Other emoticons will be integrated into WhatsApp This 2019 along with 230 icons.

According to the Unicode website, new members of this “select group” were chosen after their Emojis Subcommittee “analyzed thousands of proposals submitted by users” worldwide, which had to include the reasons why they should be included in the listing and other data.

Unicode noted that among these symbols, which exceed 2,000 in total and have become popular in messaging services for representing feelings and facilitating the expression of ideas, especially in WhatsApp, finally, the absent people with disabilities will arrive.

In the “happy face list”, drawings of a deaf person (woman and man in various skin tones), a mechanical arm and leg, an ear with a hearing aid, people in a wheelchair, people will be available to users using a probe and a guide or service dog.

Also included in this update, the number 12 according to Unicode, couples of two men or two women holding hands in the family category.