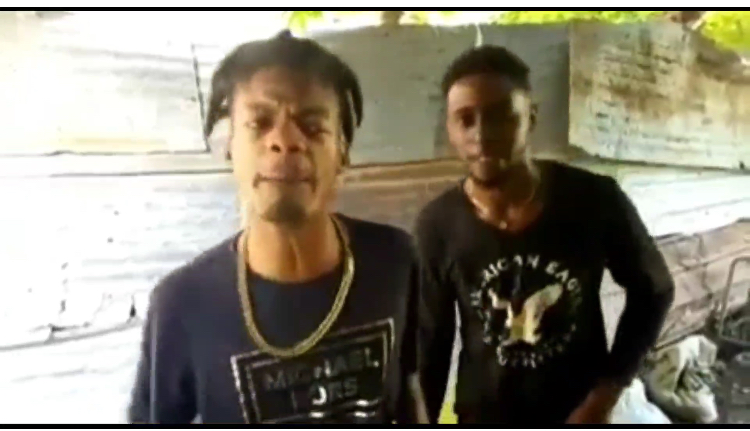 What exactly is “Peshen weng weng?”

Word of the day is Peshengwengweng.

Peshengwengweng was created to signal a new type sound when a gun is fired.

This according to 2020 Urban language and some folks in Jamaica – this has been trending all over T&T’s social media.

One artiste who goes by the name Zinthos who hails from Jamaica in an interview back in May of this year spoke about what is missing in Dancehall and how he is going to be the change the World needs.

Zinthos also spoke about his rough childhood growing up in Papine and Lawrence Tavern in Jamaica.

During the interview on Yard Pree tv, Zinthos said while he wasn’t able to read and write properly he enjoys writing his own music and creating beats as he believes he does not need a ghost writer.

He also disclosed that he lost his eye during an accident which occurred while he was on a jobsite carrying cement and the bag his friend was carrying grazed his eye as they were placing it in the warehouse.

He said that injury has not stopped him from creating music.

Ricky Martin distancing himself from family after incest scandal

Cricket Screening Sessions Today and Tomorrow For Upcoming Under-15 Championships

Ricky Martin distancing himself from family after incest scandal

Cricket Screening Sessions Today and Tomorrow For Upcoming Under-15 Championships

Ricky Martin distancing himself from family after incest scandal 0