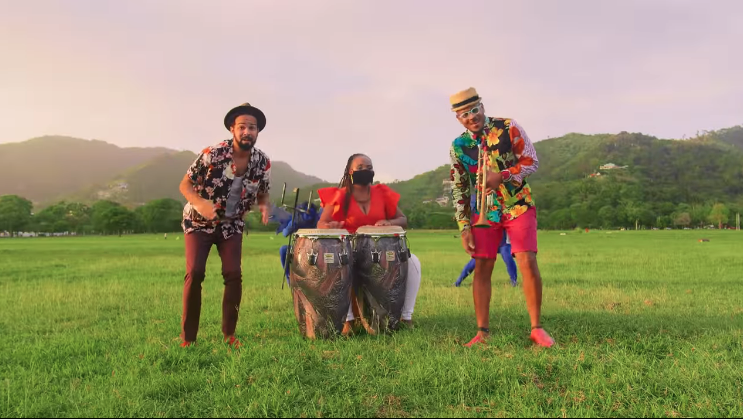 Kes the Band, Etienne Charles and the Blue Devils from the Next Level Devils, brought smiles to the faces of Trinbagonians with their brief “make us all proud” appearance on a project by John Batiste, the bandleader and Musical Director for The Late Show with Stephen Colbert.

Etienne Charles recently revealed that the project was put together by some of Colbert’s musicians who are from New Orleans and Brazil.
Charles, who was a student of the prestigious Juilliard School of Music, said Batiste, as well as the band’s saxophone player Louis Fouche were in his class and they reached out to him with the idea to feature Carnival classics from T&T, Brazil and New Orleans.