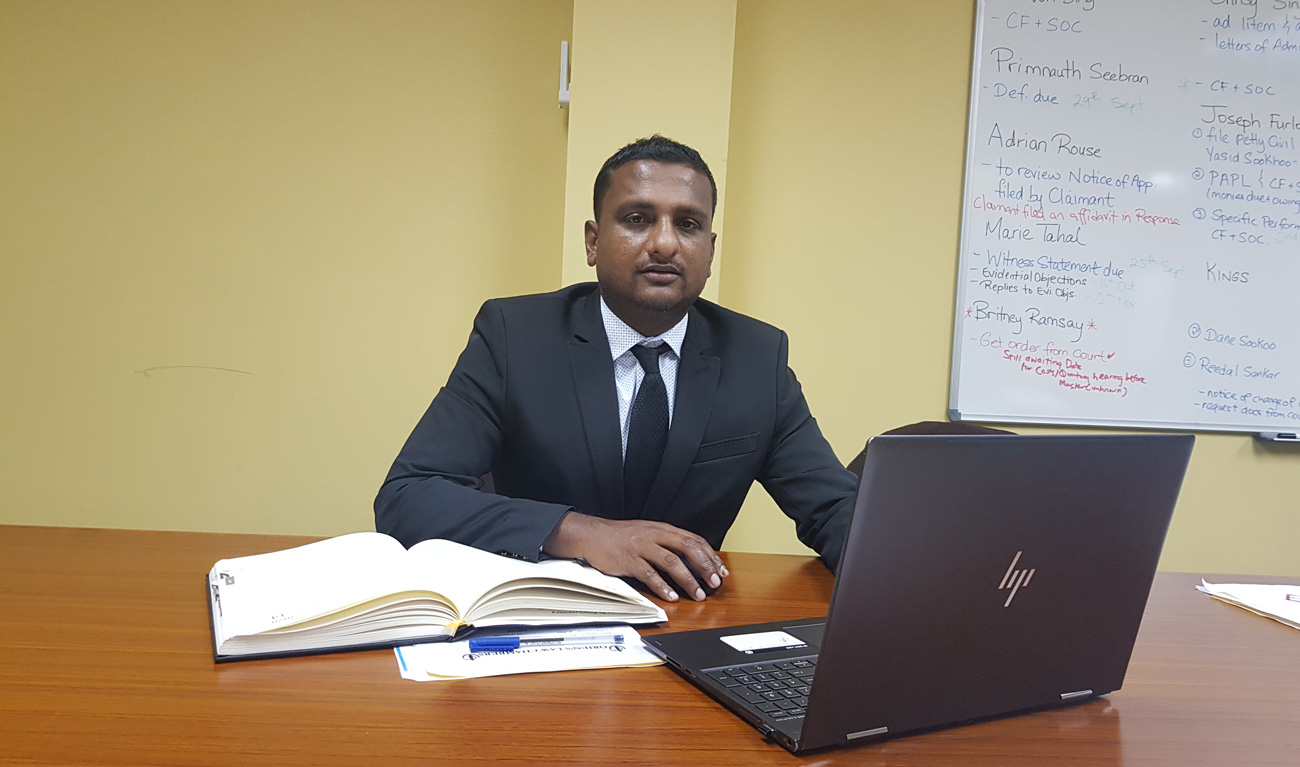 Caroni Central MP, Arnold Ram, is calling on the Water and Sewerage Authority (WASA) to re-evaluate its decision to begin debt-collection.

WASA announced Thursday that it already began disconnecting customers in Barataria, San Juan and Chaguanas who have not paid their outstanding arrears and noted that similar action will be continuing across Trinidad and Tobago.
The release also mentioned the sale of private properties to recover payments.

However, MP Ram said “It is outrageous that WASA will declare that they are moving ahead to disconnect and/or force sale of properties in these exceedingly difficult financial times and compound an already depressed, distraught and dejected population.”

He noted “This comes after a statement by WASA’s Executive Director in May, 2021 that approximately 408,000 residential customers may have to purchase water meters at a cost of $3000.00, due to the Government not being in a financial position to absorb that cost. The water meters were said to be an inevitable move forward for WASA.”

Ram said “Firstly, during this Covid-19 pandemic, water availability is critical for public health and safety.
Secondly, the government’s futile attempts to curb the spread of Covid-19 have led this nation into our third lockdown which has burdened many households without an income. How are customers expected to pay WASA bills if they can’t even afford basic necessities for their families? Customers are being debarred a chance to earn an income but are not debarred from the consequences of such action? Is this a reflection of proper planning, care and consideration of our citizenry, by the Government of Trinidad and Tobago?”

Thirdly, he said, “many customers within my constituency of Caroni Central have been continuously receiving a mockery of a water supply.

Ram said “WASA, being a state enterprise owned by the people, has taken the decision to decree such drastic actions while even financial institutions are offering moratoriums. It begs the question of why the PNM-appointed Board of Directors will allow this to occur. Is it because they want to gain public sympathy against WASA workers? Or is it to shift focus from many other failures of this government?”

He added “The inability of the government to manage and/or institute effective Covid-19 regulations is having debilitating effects. This is further exacerbated with the fact that we have no clear timeline of when our economic state will return to some degree of normalcy, as a result of government’s inability to procure vaccines.”

“I urge the Minister of Public Utilities to step in and hold those accountable for this policy decision to task. Failure to do so will rest on his shoulders. While it is understood that WASA is undergoing financial challenges, that cannot be addressed at the expense of our already distressed citizens. It is time to wear your humanitarian hat, WASA and Minister Gonzales.”