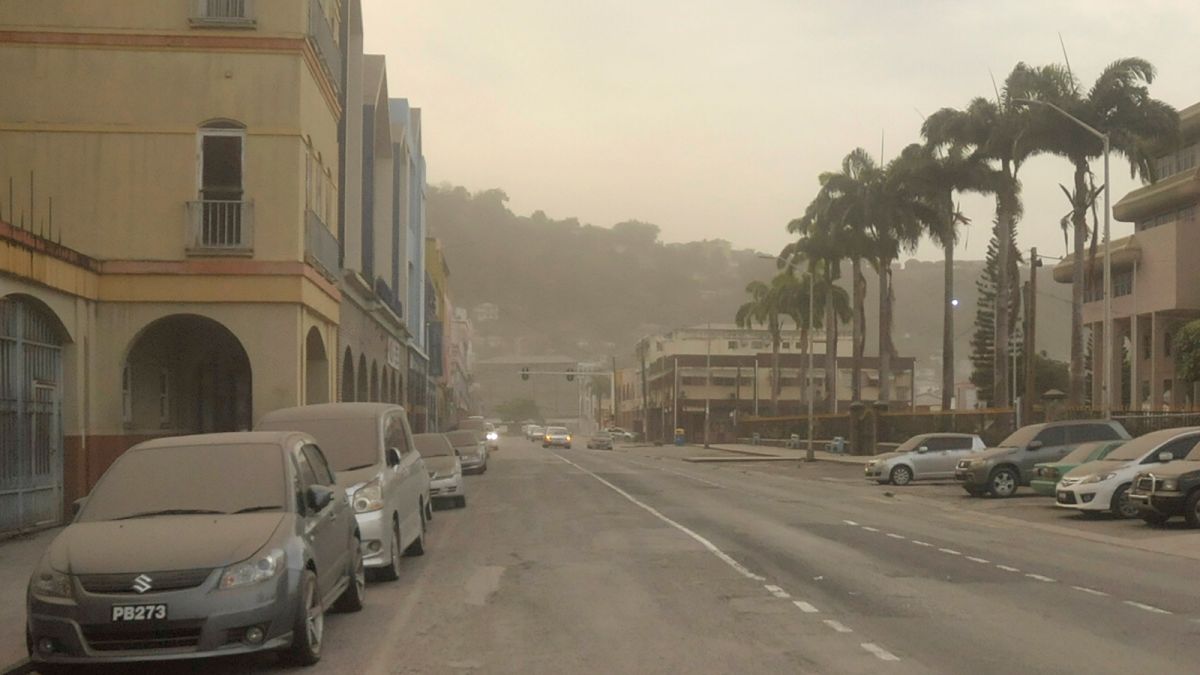 Vincentians now dealing with no water, no power

There have been more “explosive events” at the La Soufrière volcano on the Caribbean island of St Vincent, with power outages and water supplies cut off.

Nemo is urging people to “be careful on the roads, which have become treacherous as a result of the ash flow”.

Prime Minister Ralph Gonsalves said water supplies to most of the island had been cut off and its airspace closed because of the smoke and thick plumes of volcanic ash moving through the atmosphere.

UWI’s Seismic Research centre has reported that in the last twelve hours episodes of tremor normally lasting up to 20 minutes have continued to be recorded.

The intervals between the tremors have been between 1.5 to 3 hours.

Based on visual observations and satellite imagery, the intervals are associated with periods of explosive activity or enhanced venting.

Thunder and lightning were experienced during these periods.

The La Soufrière volcano first erupted on Friday, blanketing the island in a layer of ash and forcing some 16,000 people to evacuate their homes.

Residents in Barbados, nearly 200km (about 124 miles) to the east, have also been urged to stay indoors.

UWI SRC said explosions and accompanying ashfall, of similar or larger magnitude, are likely to continue to occur over the next few days.

The Barbados Defence Force has been deployed to St Vincent to provide humanitarian assistance as part of a disaster response mission, the Caribbean Disaster Emergency Management Agency said.