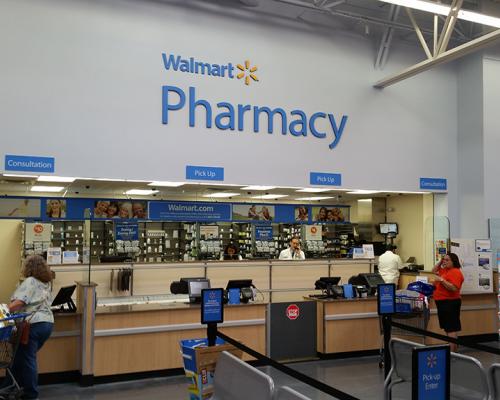 Walmart sued by Feds over its role in the opiod crisis

The US Department of Justice has accused Walmart of helping to fuel America’s opioid crisis.

In a lawsuit, prosecutors said the retailer filled hundreds of thousands of questionable prescriptions and “knowingly” violating vetting rules.

Walmart claims the lawsuit is “riddled with factual inaccuracies”.

The retailer added that it “invents a legal theory that unlawfully forces pharmacists to come between patients and their doctors”.

Walmart, the world’s largest retailer, operates more than 5,000 pharmacies at its stores across the US and for years has also acted as a drug distributor.

According to the lawsuit filed on Tuesday, the company pressured staff to fill prescriptions as fast as possible and withheld information from pharmacists, collected by its compliance unit, which indicated such orders did not have valid medical purposes.

In response, Walmart said it had sent the Drug Enforcement Administration (DEA) tens of thousands of investigative leads, and blocked thousands of questionable doctors from having their opioid prescriptions filled at its pharmacies.

“As one of the largest pharmacy chains and wholesale drug distributors in the country, Walmart had the responsibility and the means to help prevent the diversion of prescription opioids,” he said.

“Instead, for years, it did the opposite – filling thousands of invalid prescriptions at its pharmacies and failing to report suspicious orders of opioids and other drugs placed by those pharmacies.”

For example, when pharmacists reported problematic orders to the compliance unit, it did not share information about the prescribers more widely, according to the lawsuit.

Walmart also did not respond to concerns from distribution staff that they did not have enough time to evaluate orders, it said.

This created a “defective” detection system, according to the lawsuit, which said Walmart reported just 204 “suspicious orders” to authorities over four years, out of an estimated 37.5m shipments.

Prosecutors said Walmart “substantially benefited” from its actions, avoiding the expense of creating proper compliance procedures and profiting from the extra business – in some cases from so-called “pill mill” prescribers who steered their patients to the firm’s stores.

The government is seeking financial penalties for the alleged misconduct, which it said dated to 2013. It said the fines could amount to “billions of dollars”.

Tik Toker in swinger relationship with her mum, sister and boyfriend 0