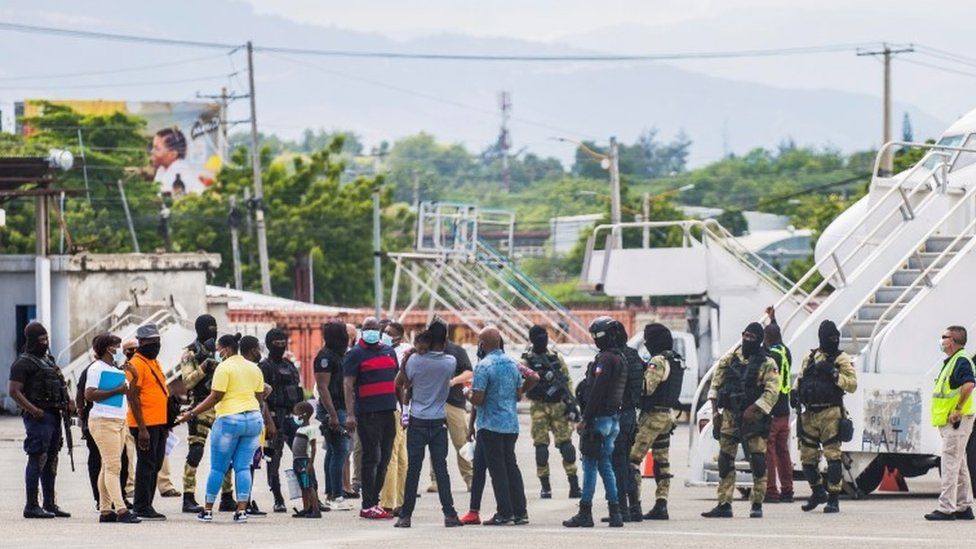 The United States has started flying migrants out of a Texas border town that has seen an influx of mostly Haitian migrants over the past week.
Three flights landed at Haiti’s Port-au-Prince airport on Sunday, each carrying 145 people, the Associated Press reports.
About 13,000 would-be immigrants have gathered under a bridge connecting Del Rio in Texas to Mexico’s Ciudad Acuña.
They have been waiting in a makeshift camp in temperatures of 37C (99F).
An emergency US public health order known as Title 42 allows authorities to expel most migrants before they can claim asylum.
Local officials have struggled to provide those in Del Rio with food and adequate sanitation.

Kim Kardashian Has Royals, Billionaires, and A-Listers Sliding into Her DMs 0

The Donald Trump’s Brand is Destroyed 0