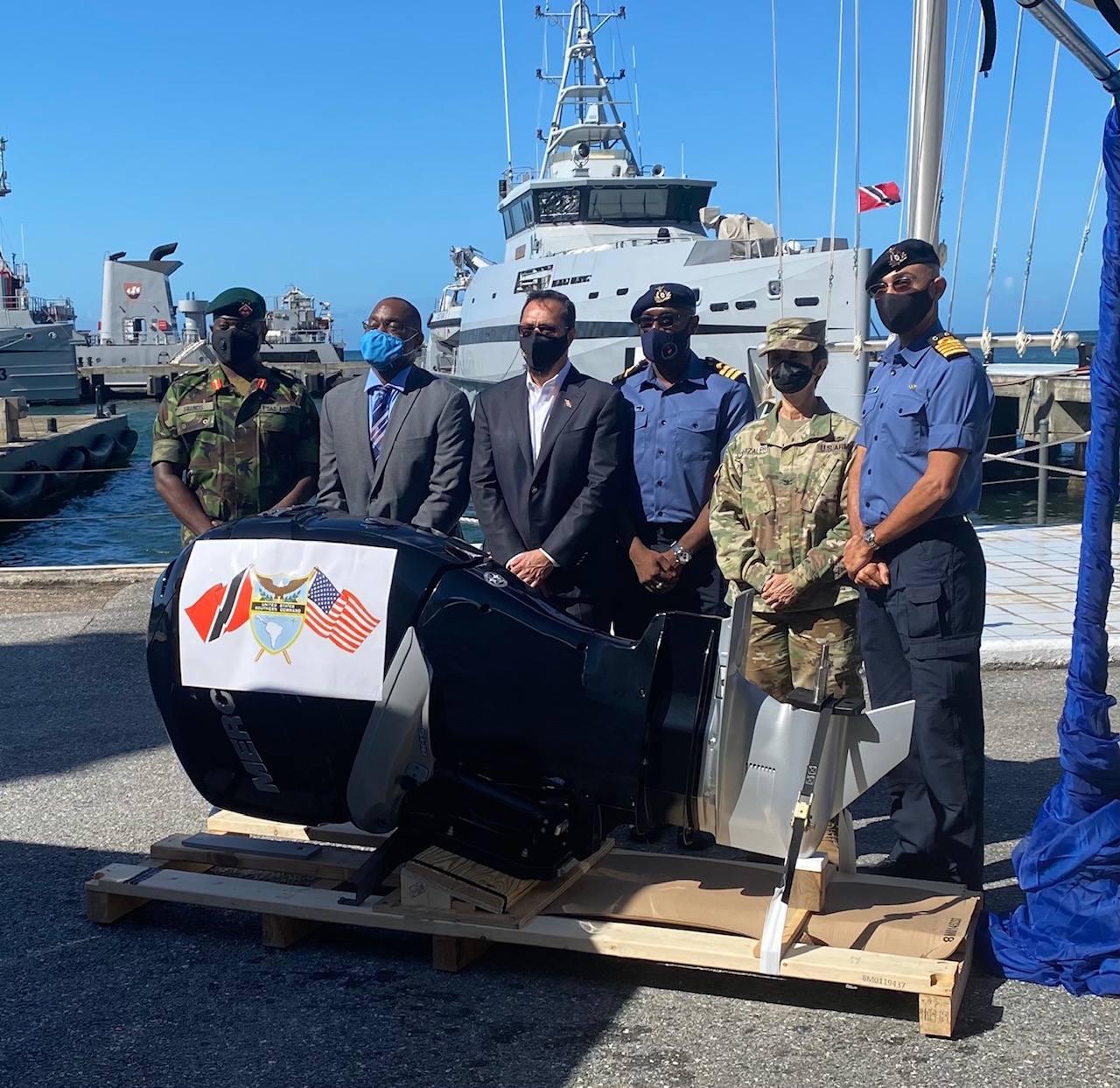 Chargé d’ Affaires Shante Moore emphasized in a media released issued by the US Embassy, the importance of the partnership between the United States and Trinidad and Tobago and stated that the engines symbolized U.S. “continued commitment to partner with you to dismantle transnational criminal networks and counter illicit trafficking.”

Minister of National Security, Stuart Young expressed his gratitude to the United States, acknowledging the importance of the partnership between the two nations.

The TTDF Coast Guard has a long history of collaboration with the U.S. Coast Guard and has conducted numerous successful joint counter narcotics operations over the years.