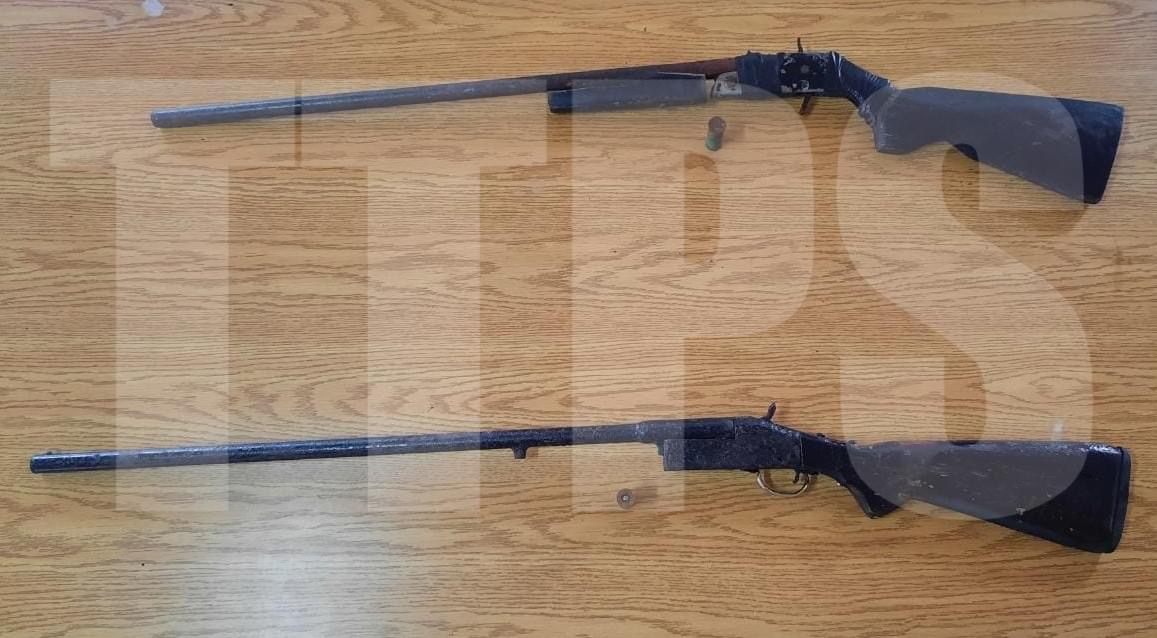 Police found two shotguns and ammunition during a roving and SOE Enforcement Exercise, which was conducted in Talparo and San Raphael between the hours of 10am and 2pm on Wednesday 28th July, 2021.

During the exercise, a party of officers proceeded to the Talparo Recreation Grounds, Talparo. While conducting a search of the area, the officers found a 12-gauge shotgun, containing one12-gauge cartridge in some bushes behind an electricity panel box. Police took possession of the firearm and ammunition. No one was arrested in connection with this find.

The party of officers received further information then proceeded to Arena Road, San Raphael, where they observed a makeshift shed appproximately 200 metres off the roadway. The officers found and took possession of one 12-gauge shotgun containing one live round of 12-gauge cartridge.

Police Association assures public is being served, despite 128 officers under quarantine 0