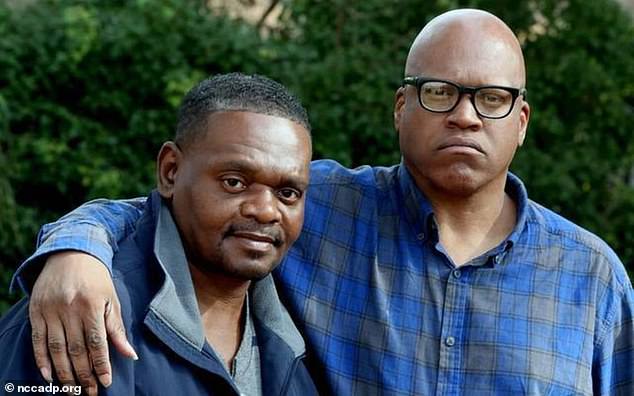 A jury in North Carolina has awarded $75 million to two Black men with intellectual disabilities who were wrongfully convicted and sentenced to death for the rape and murder of an 11-year-old girl in 1983.

An eight-person jury awarded half-brothers Henry McCollum and Leon Brown $31 million each after they spent 31 years in prison for a crime they did not commit. After the Robeson County Sheriff’s Office, one of the defendants in the civil suit, settled part of the suit for $9 million, the jury awarded them $13 million in punitive damages.

According to The Washington Post, the award is the biggest ever personal injury award in North Carolina and the highest cumulative verdict in US history in a wrongful conviction case.

“The first jury to hear all of the evidence found Henry and Leon to be innocent, found them to have been demonstrably and excruciatingly wronged, and has done what the law can do to make it right at this late date,” Elliot S. Abrams, an attorney representing the brothers, told News & Observer. “The jury could not have sent a stronger message that the citizens of this country will not tolerate law enforcement misconduct and will no longer blindly believe the testimony of law enforcement over that of marginalized people.”

When McCollum and Brown signed confessions that they claim they didn’t understand, they were both teens. Both brothers have IQs in the 50s and are mentally impaired. They said that law enforcement officers used coercion and false evidence to compel them to confess.

McCollum was sentenced to death, making him the state’s longest-serving death row inmate. Brown was jailed for the rest of his life.

They were both released from prison in 2014 after DNA evidence linked them to convicted murderer Roscoe Artis. In 2015, both brothers were granted full pardons.

“For more than 37 years, Henry and Leon have waited for recognition of the grave injustice that law enforcement inflicted upon them,” Abrams told News & Observer. “Today, a jury did just that and have finally given Henry and Leon the ability to close this horrific chapter in their lives.”

US Embassy evacuating people by helicopter in Bahamas 0

VIDEO: Woman Takes Off Her Panties and Wears it as a Face Mask 0