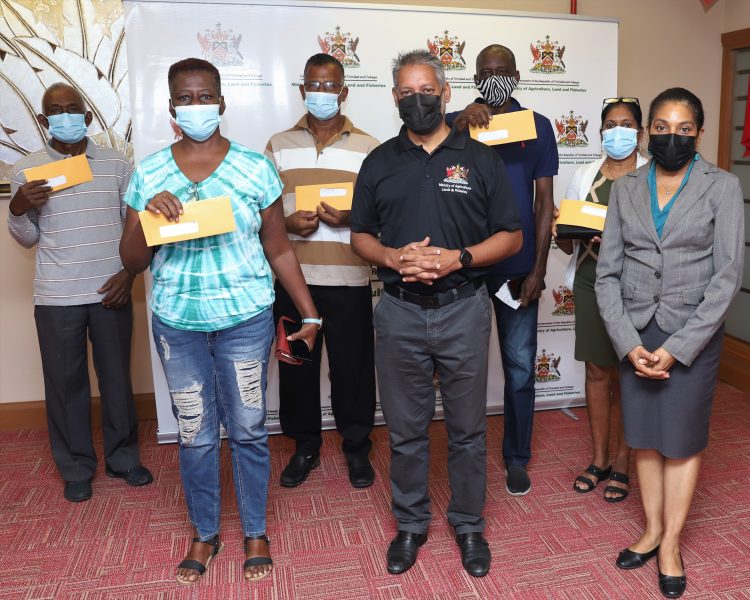 The letters convey Cabinet’s approval to grant a Standard Agricultural Lease for an initial period of thirty years.

It affords them the privilege of accessing financial institutions and State entities in respect to the conduct of legitimate business transactions on their respective parcels.

Minister of Agriculture, Land and Fisheries, Clarence Rambharat, said the government remains resolute in ensuring that the “real farmers” acquire long-term State leases for agricultural parcels that are not currently in productive use.

Minister Rambharat  made the comment as he spoke to recipients at a Lease Letter Distribution Ceremony which took place at his Ministry’s Chaguanas Head Office Tuesday.