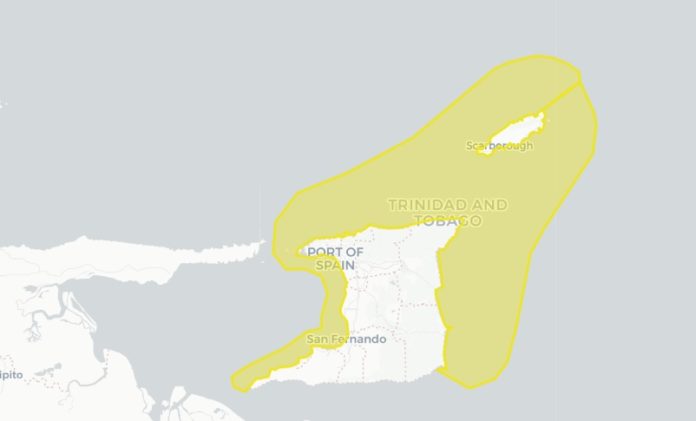 The Trinidad and Tobago Meteorological Service has updated its information regarding a Tropical disturbance that it has been monitoring.

It says it continues to monitor the progress of a strong Tropical Wave in the Atlantic, which has the potential for cyclone development over the next few days.

Showers and thunderstorm activity associated with this tropical wave located about 950 miles east-southeast of the Windward Islands has increased.

Environmental conditions appear conducive for further development, and a tropical depression is likely to form during the next couple of days before the system reaches the Windward Islands Tuesday night or possibly while moving westward across the southern Caribbean Sea Wednesday through Friday.

Speaking with News Power Now this morning Meteorologist Gary Benjamin said whether the system develops or not it will pass very close to Trinidad.

He said for now the system is still being described as a Tropical Wave however this may be revised later today.

He also revealed that the system will bring with it severe conditions.

The Meteorological Official said that due to expected impactful weather conditions that will affect the country along with the system, severe weather should last about a week.

Cops seize $83M in hash from dingy in Manzanilla 0

Ukraine To Ban Some Russian Music In Public Spaces 0