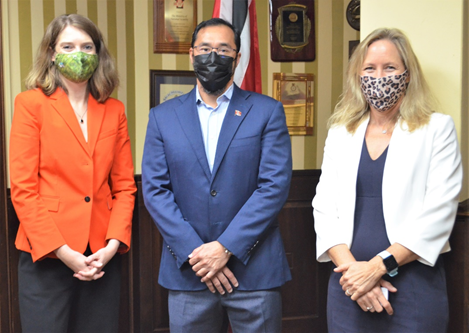 The Ministry of National Security says discussions were held today on bilateral security cooperation between Trinidad and Tobago and Britain, towards strengthening this country’s security infrastructure in the areas of intelligence sharing, cyber security and forensic ballistics.

In a media release the Ministry said both Minister Young and High Commissioner Cross gave the assurance of continued collaboration between both countries in areas of national security.

The Ministry said the meeting served to present Ms. Clayton, who recently assumed duty as Deputy British High Commissioner to Trinidad and Tobago.