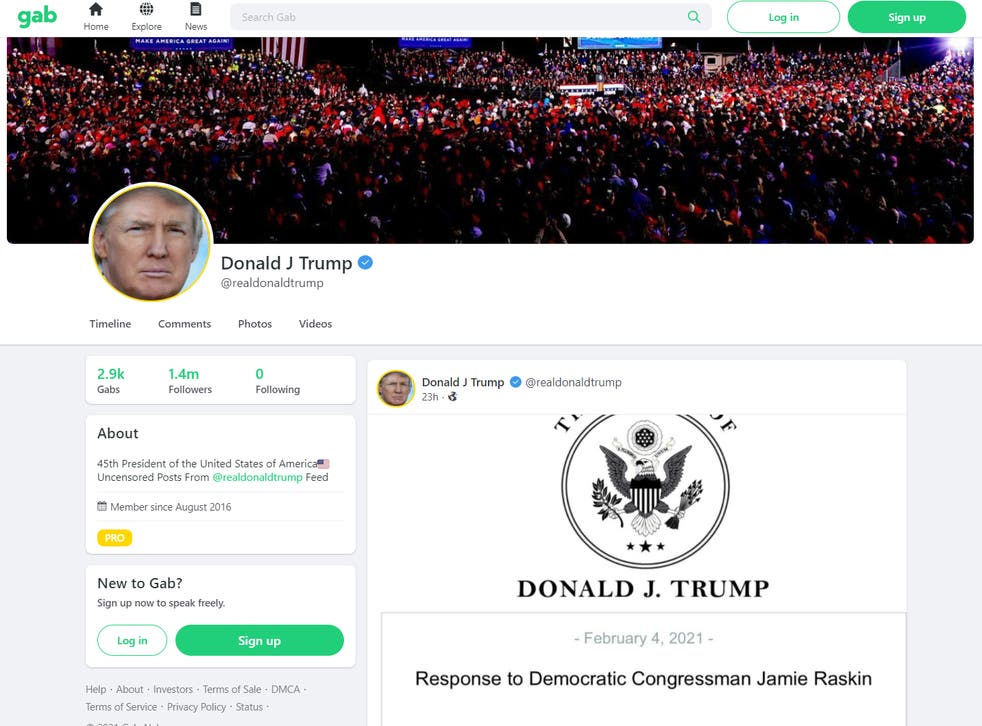 Trump Plans Social Media Return With His Own Platform

Former US President Donald Trump, who has been blocked from Twitter, Facebook and other social networks, is preparing to return to the Internet with a new platform of his own. It should be launched in two to three months, one of Trump’s closest advisers told Fox News on Sunday.

Jason Miller, a spokesman for Trump’s 2020 election campaign, said the ex-president was preparing a new platform that would “completely redefine” the rules of the game and would be watched by tens of millions of people.

Neither Miller nor Trump’s other collaborators provided more details about the upcoming platform.

Several social networks blocked the accounts of the former head of the White House after the attack of anti-Trump protesters on the seat of the US Congress on January 6. The attack appears to have provoked Trump with his unsubstantiated statements about rigged elections, although he himself claimed that he did not call his supporters for violence, but only for protest.

During his tenure, Donald Trump made extensive use of Twitter, through which he presented not only his views and attitudes, but also important political decisions and personnel changes.

Brace for COVID spike as PM warns masks may return 0