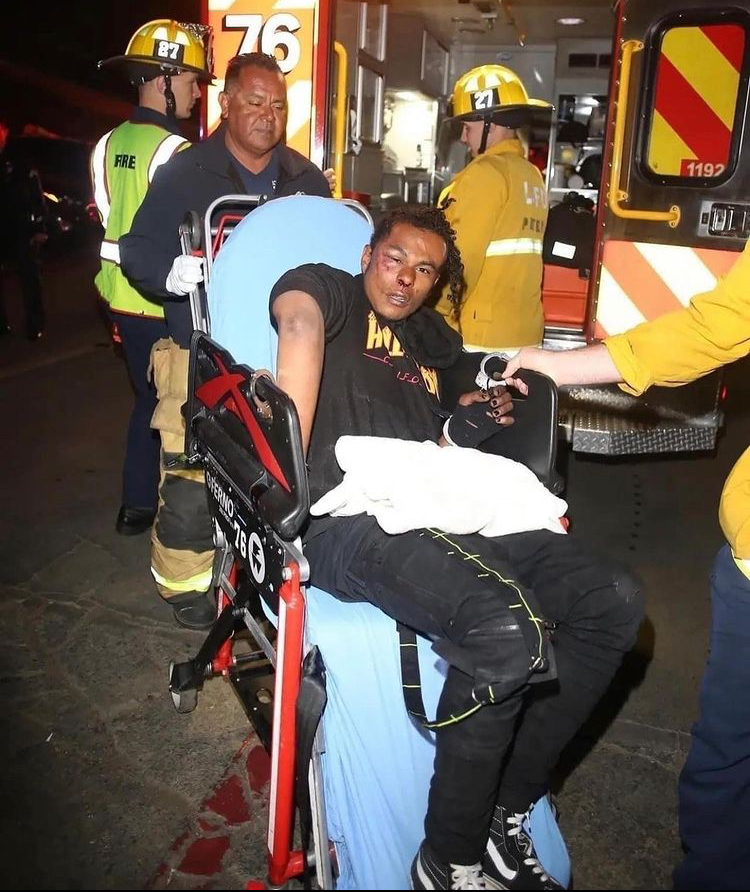 Dave Chappelle attacker had a replica handgun and a knife

A man has been arrested on suspicion of assault with a deadly weapon after an on-stage attack on US comedian Dave Chappelle.

The suspect pointed a replica handgun that contained a knife blade at Chappelle, a spokeswoman for the Los Angeles Police Department (LAPD) said.

Chappelle was unharmed, but the suspect has been taken to a local hospital for medical treatment.

The incident took place while Chappelle was performing at the Hollywood Bowl.

The LAPD said the suspect produced a replica handgun and pointed the item at the victim.

The was taken into custody and was arrested for assault with a deadly weapon.

Last year, Chappelle faced criticism and protests when his Netflix special was accused of being transphobic.