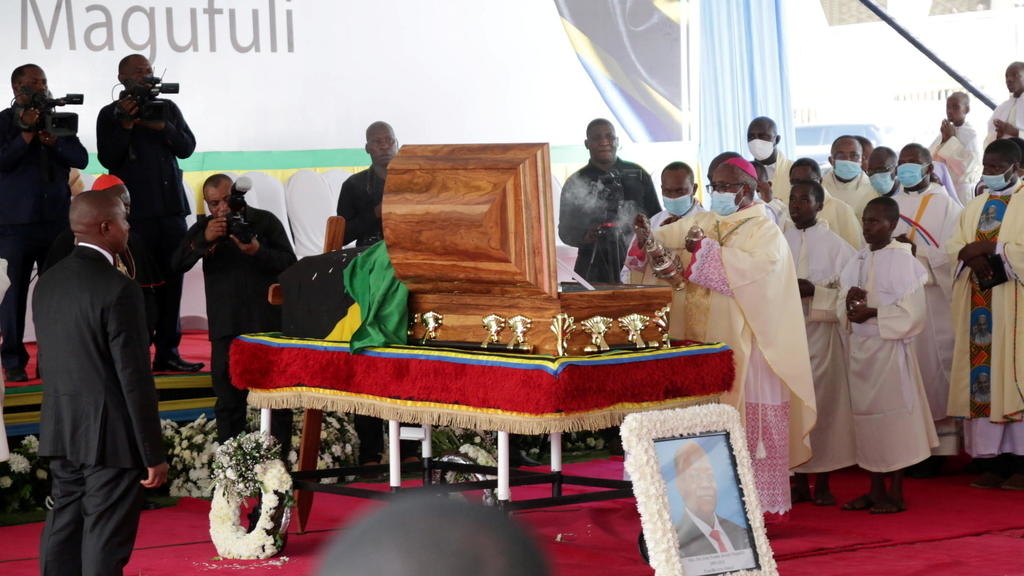 Mourners in Tanzania took to the streets of the country’s largest city, Dar es Salaam, to pay tribute to President John Magufuli, days after the government announced his death after nearly three weeks of absence from the public.

On Saturday, people cried and threw flower petals as the coffin, towed on a gun cart by a military vehicle and draped in the Tanzanian flag, was moved from a church to Uhuru Stadium where religious leaders recited prayers at a service attended by senior officials and supporters. by Magufuli.

“Before seeing the coffin, I didn’t think our president was really dead,” florist Pauline Attony said after watching the procession go by.

Among those in mourning was Magufuli’s successor to the presidency, the country’s former vice-president, Samia Suluhu Hassan.

Hassan, who was sworn in to become the country’s first female president on Friday, led a government procession past the coffin, offering his condolences to Magufuli’s wife.

“It’s too early for you to leave, father. You touched our lives and we still needed you, ”said grieving person Beatrice Edward. “We have lost our defender,” said another, Suleiman Mbonde, a trader.

Many wore black or the green and yellow colours of the ruling Chama Cha Mapinduzi (CCM) party, but few inside the stadium or among the crowded crowd outside wore face masks.

Loading...
Newer Post
Trump Plans Social Media Return With His Own Platform
Older Post
2 Men Who Raped Woman in Front of Her Children Sentenced to Death