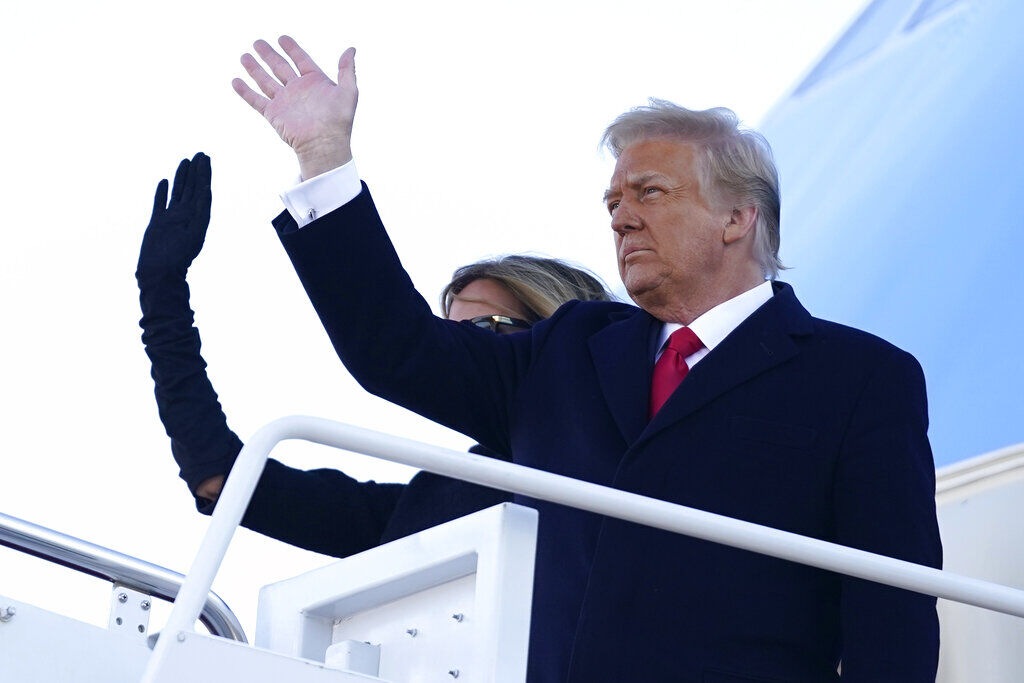 Donald Trump hinted at a comeback as he said farewell to Washington while breaking tradition to avoid the inauguration ceremony of new US President Joe Biden.

“So just a goodbye. We love you,” Mr Trump told supporters at Joint Base Andrews in Maryland where he walked across a red carpet and boarded Air Force One to head to Florida. “We will be back in some form.”

Mr Trump departed office as the only president ever impeached twice, and with millions more out of work than when he was sworn in and 400,000 dead from the coronavirus.

Speaking without notes, Mr Trump said his presidency was an “incredible four years”. He told the crowd that he and his wife Melania Trump loved them and praised his family for its hard work, saying they could have chosen to have an easier life.

He said of his successor’s administration: “I hope they don’t raise your taxes, but if they do, I told you so.”

He acknowledged his was not a “regular administration” and told his backers that he would be returning in some form. He said the Trump campaign had worked so hard.

Without mentioning Mr Biden’s name, Mr Trump wished the new administration great luck and success, which he said would be made easier because he had laid “a foundation”.

He told the crowd: “I will always fight for you. I will be watching. I will be listening.”

Before arriving at the airport, Mr Trump told reporters on the South Lawn of the White House that being president had been the honour of his lifetime.

He said: “We love the American people, and again, it has been something very special. And I just want to say goodbye, but hopefully it’s not a long-term goodbye. We’ll see each other again.”

Tributes In The Senate To Former Ambassador Christopher Roy Thomas 0