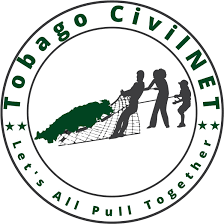 The Tobago Civil Society Network says it will explain why the proposed Bills on internal self-government for Tobago would deny the sister isle the equality of status and the right to self-determination promised.

T.C.S.N. says it will do so Thursday at 11 a.m. CivilNET believes the proposed Bills would place Tobago in a worse position than prevailed in 1984.

It describes the bills as a step back from the proposals suggested in 2016 and a source of concern to Tobago’s youth and adults alike.

The non-aligned social organization says it will also elaborate on alternatives aimed at ensuring both equality of status and self-
determination for Tobago within the framework of the Sovereign Democratic State of Trinidad and Tobago.

CivilNET participant Shirley Cooke of the Crown Point Community Partnership Association will be joined by Dr Winford James to explain the thinking behind CivilNET’s submission to the JSC and on ideas for upholding Tobago’s right to self-determination and equal status.

Trinidad And Tobago Coast Guard Assists Vessel In Distress Off The Coast Of Toco. 0