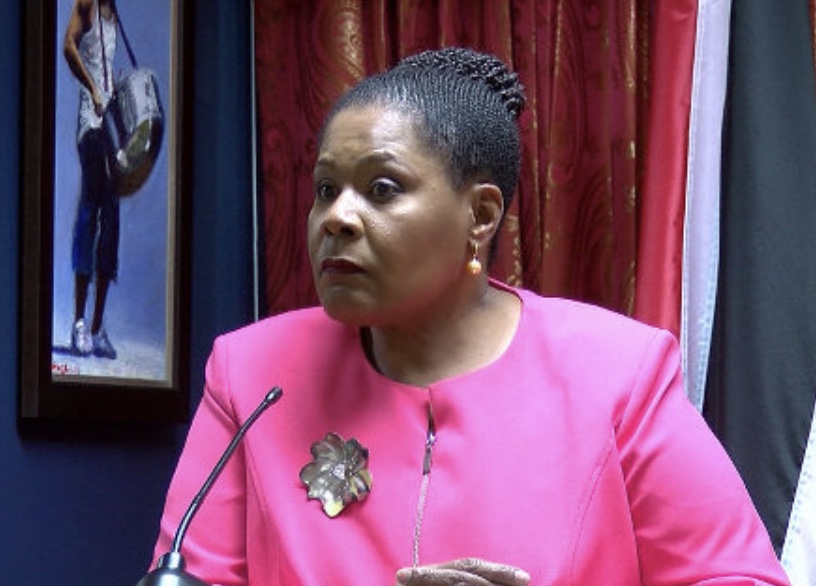 “The blood rushed to my head,” the President almost scolds another citizen over the national anthem

Her Excellency Paula-Mae Weekes recently almost reprimand a Master of Ceremonies after he told audience members at a function to stand for the “playing of the national anthem.”

A few minutes later because the audio for the anthem malfunctioned, the MC eventually said, “Please stand for the singing of the anthem.”

The incident took place at a seminar hosted by ‘En To To,’ Keys to Success: ‘Doh Hot-Up Yuh Head’, at City Hall, Knox Street, Port of Spain.

The President thanked him for quickly correcting himself.

President Weekes said “the blood rushed to my head,” when she heard what the MC said.

“I have been saying repeatedly from day one, we don’t stand for the playing of the anthem, we stand to sing the anthem and recommit ourselves each time to TT,” Weekes said.