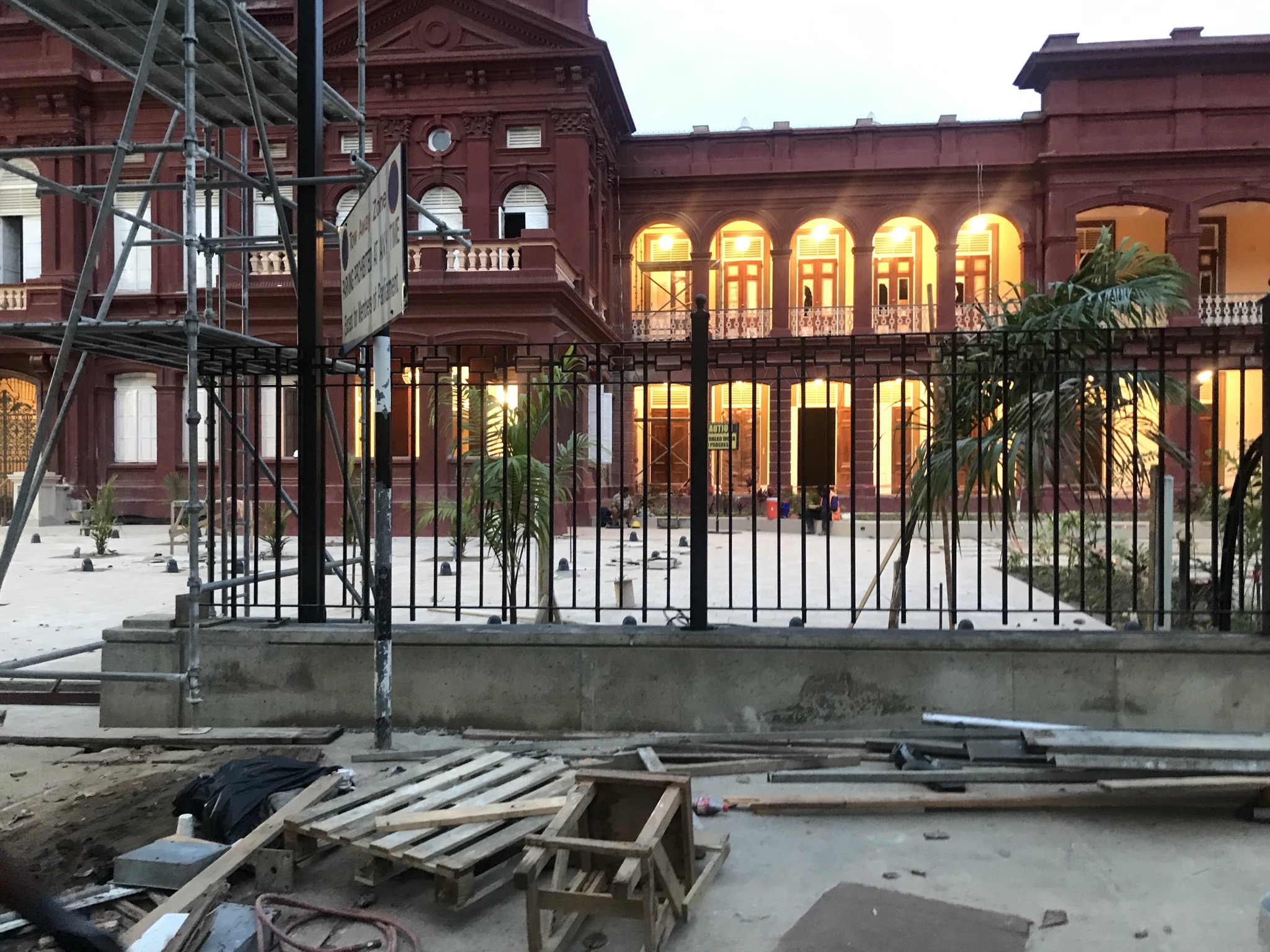 Red House restoration on the way

The Red House restoration is well in the way with the surrounding construction fencing coming down this morning. The Government has indicated that Parliament is expected to return to the Red house in January 2020.

The first Government Building on the site of the existing Red House was constructed between 1844 and 1848. The buildings compromised two blocks as a concession to allow Prince Street, now Sackville Street, to remain open to St Vincent Street and Brunswick Square., now Woodford Square. In 1892, in an effort to provide much needed accommodation, alterations were carried out. Two new buildings of two floors were erected on either side of the northern building, used for the Court House- one to house the Registrar, the other the Record Office. Ornaments were also added to the exterior of the building. In 1897 to commemorate Queen Victoria’s Diamond Jubilee, the Government Offices were painted red and subsequently became popularly known as “The Red House”. The building was destroyed by fire in the Water Riots of 1903.

In July 1990, the Red House was the site of the Jamaat al Muslimeen coup attempt, during which the Prime Minister and other members of the government were held hostage for six days and 24 people were killed.

Parliament moved to tower D on Wrightson road in 2011 to facilitate restoration works after damage in 1990.

UK to Develop Tablet that Treats COVID-19 at Home 0