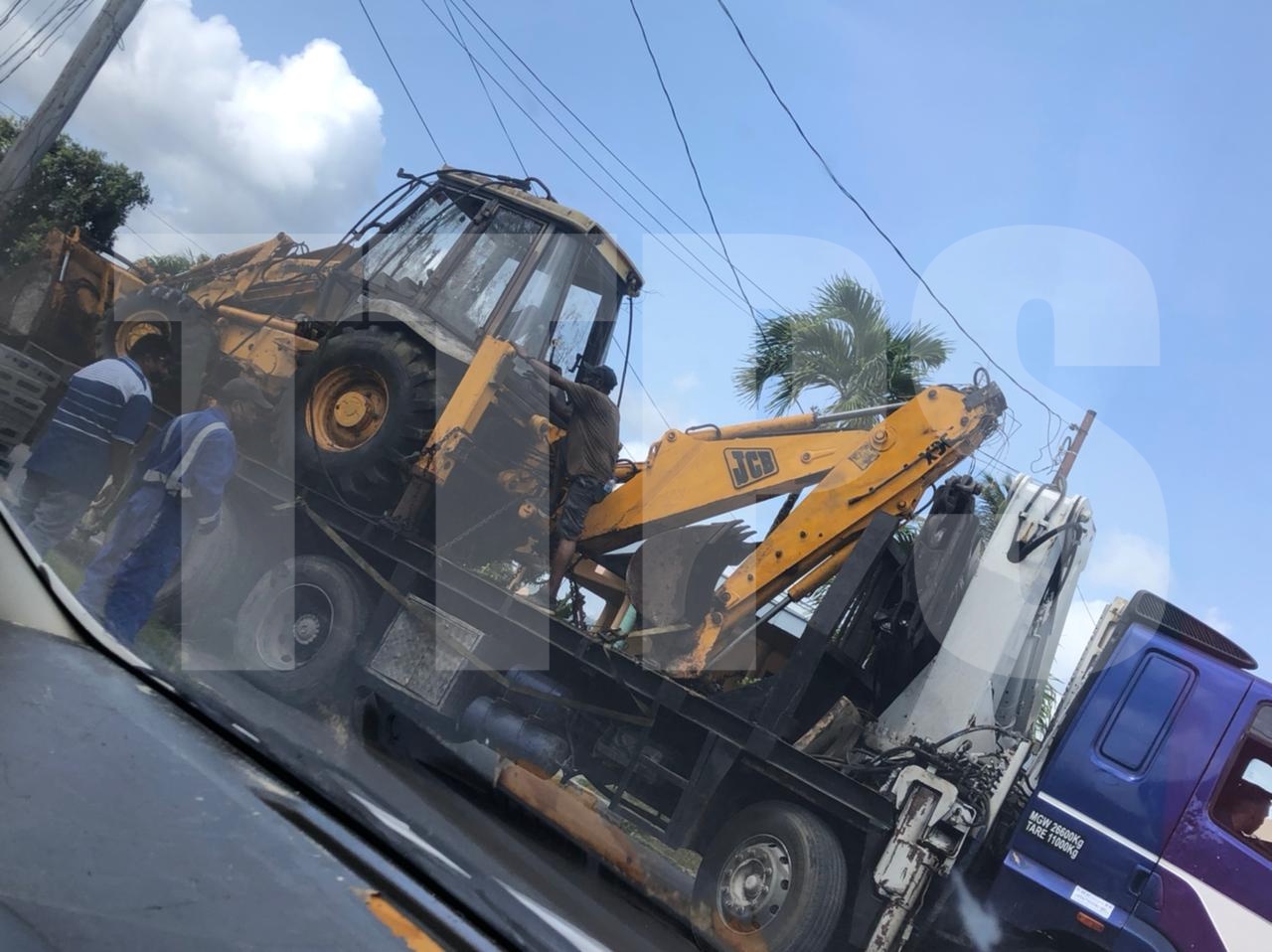 Investigators say an arrest is imminent in relation to the larceny of a backhoe from Cunupia which occurred on Monday 12th April.

This follows the recovery of one JCB 3CX model backhoe, by officers of the Central Division’s Criminal Investigations Department (CID), with the assistance of the Cunupia CID and officers of the Northern Division Task Force, during an anti-crime exercise in Arima, between 11 am and 4 pm, on Thursday 15th April, 2021.

During the exercise, officers proceeded to Arima Old Road, where they found and took into their possession, the piece of heavy machinery.

Meanwhile, officers of the Central Division Task Force, Area North, recovered a vehicle which used in the commission of a robbery with violence against a woman on Thursday 15th April, 2021.

Following the report, officers conducted an exercise in St. Joseph and Morvant, between the hours of 10:30 am and 8 pm, and proceeded to Quarry Road, St. Joseph, where they conducted a search of a public bin and recovered a bag and one work identification card belonging to the victim.

The officers then proceeded to Lady Young Road, Morvant, where they found the vehicle used by the suspects to make their escape following the robbery.