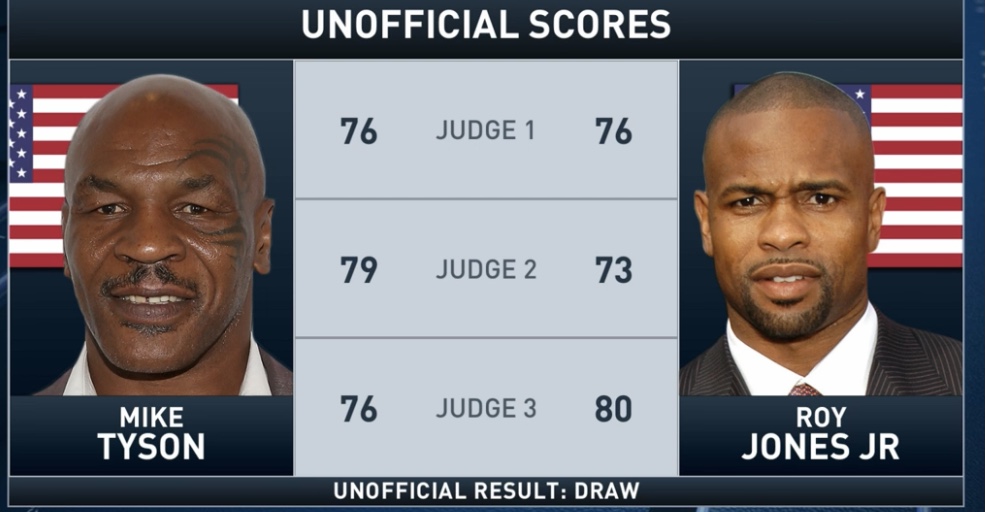 Final unofficial result is a split Draw between Mike Tyson and Roy Jones Jr. The two men now with a combined age of 105 years, were two of the absolute best fighters of their generation.

Tyson one of the most ferocious punchers in boxing history and Jones a pound-for-pound elite. A fight between the two was once discussed when they were active competitors, but it now happened in an exhibition with both in their 50s on Saturday night.

The fight took place at Staples Center in Los Angeles and airs on pay-per-view with the main card beginning at 9 p.m. ET. The fight was scored remotely by WBC-assigned “celebrity judges” for the WBC-created Frontline Championship. Commission officials have stated the fight is to not feature the men fighting at full-effort, but rather be “hard sparring” to show off their skills.

Young’s constituency standing behind him