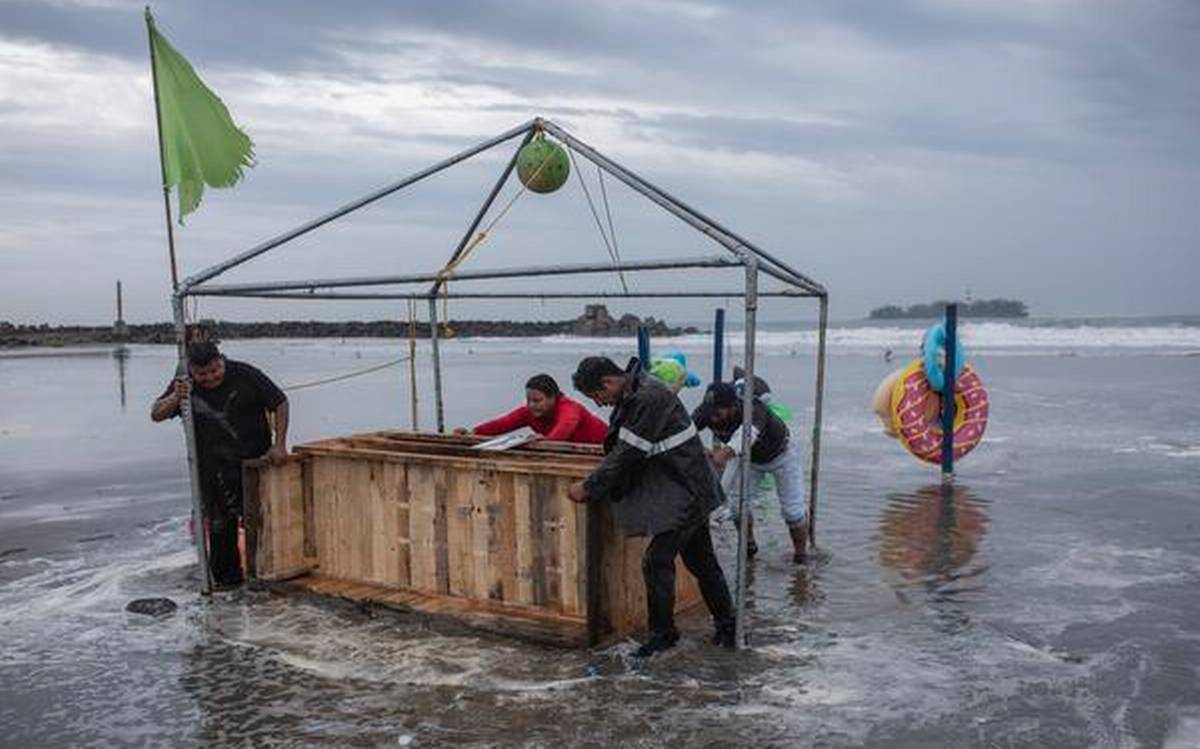 Hurricane Grace pummeled Mexico with torrential rain and howling winds on Saturday, causing severe flooding and killing at least two people, local media reported, after becoming one of the most powerful storms in years to hit the country’s Gulf coast.

Grace was whipping up maximum sustained winds of 125 miles per hour (201 km per hour), a Category 3 hurricane on the five-step Saffir-Simpson scale, when it slammed into the coast near the resort of Tecolutla in Veracruz state in the early morning.

A seven-year-old girl died due to a mudslide in Veracruz state capital Xalapa, while an adult was killed in Poza Rica further north by a collapsed roof, local media said. Veracruz officials said details would be given at a news conference.

Local television showed severe flooding in Xalapa, with coffins from a local business floating down a waterlogged street. The nearby River Actopan burst its banks, shutting down a local highway, state authorities said.

Grace also caused power cuts and brought down trees. Images posted on social media showed damage to buildings and cars submerged by the deluge of rain the storm brought.

State Governor Cuitlahuac Garcia said several rivers in Veracruz would flood, and urged the local population to take cover. “We repeat: withdraw to high ground and the municipal hostels,” Garcia said in a statement.

Television footage also showed flooding in Ciudad Madero in the southern reaches of the state of Tamaulipas near the border of Veracruz. Mexican state oil firm Petroleos Mexicanos’s (Pemex) Francisco Madero refinery is in Ciudad Madero.

Grace weakened quickly as it moved across Mexico’s mountainous interior and by 10 a.m. CDT (1500 GMT) was a tropical storm, with top winds of 70 mph (110 kph). The center was about 25 miles (40 km) north-northeast of Mexico City, the Miami-based National Hurricane Center (NHC) said.

Before Grace hit land, President Andres Manuel Lopez Obrador urged people in the states of Veracruz, Puebla, San Luis Potosi, Tamaulipas and Hidalgo to get to higher ground or shelters.

Many appear to have heeded the call.

Through Sunday, the NHC forecast Grace would dump 6 to 12 inches (15-30 cm) of rain over swaths of eastern and central Mexico, and up to 18 inches (45 cm) in some areas. The heavy rainfall will likely cause areas of flash and urban flooding, it said.