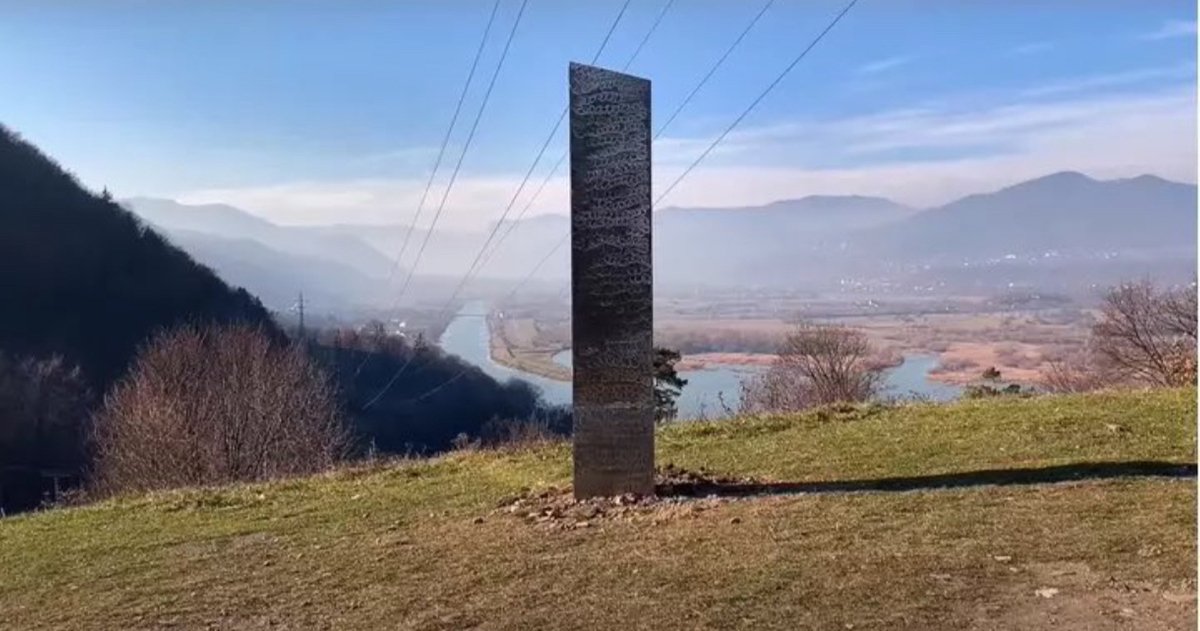 A mysterious monolith is said to have appeared in Romania – after a similar structure disappeared from a Utah desert.

The 4m (13ft) monolith was spotted on Batca Doamnei hill in the town of Piatra Neamt, according to local media reports.

The appearance of the hollow structure, which has a triangular shape and is covered with a looping scribble, has sparked speculation about its origin.

It looks like the Utah Monolith which was spotted in a secluded cove two weeks ago, leading people to wonder if the monuments are linked.

In a bizarre twist, the Utah Bureau of Land Management said the structure was unwittingly removed on November 27th.

It was originally spotted by state wildlife officials who were helping count bighorn sheep from a helicopter earlier this month.

The monolith in Utah channels Kubrick but no one knows where these monuments come from. Some have guessed that it could be the work of a prankster inspired by the 2001 sci-fi novel: A Space Odyssey.

In Arthur C Clarke’s book, a monolith appears on Earth and gives wisdom to a tribe of monkeys.

Christmas into Carnival – pay attention on the nation’s roads 0