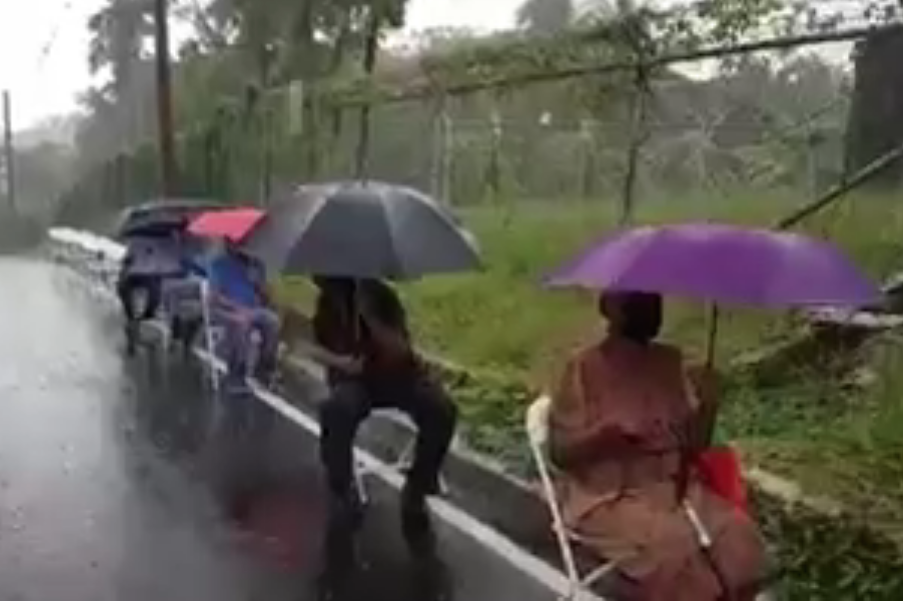 Opposition MP, Dave Tancoo, has accused the Ministry of Health of elderly abuse, after photos and videos showed a number of elderly persons sitting in the rain outside of the La Romain Health centre on Wednesday.

The Oropouche West MP said “Minister Deyalsingh can find millions to spend on public relations and publicity, on t-shirts and flags but will not lift a finger to serve these elderly.”

Tancoo noted that last week, “Minister Deyalsingh’s incompetence and insensitivity exposed our senior citizens to frustration, inconvenience and even the risk of infection by COVID-19. This week, his lack of compassion continues with what can only be considered as elderly abuse from the Minister of Health.”

He said “In so doing the Health Minister has again placed the support staff at medical facilities at risk of abuse by frustrated clients. No amount of false empathy, the single tear or half hearted apology can justify the abuse of our citizens.”

According to Tancoo, “Minister Deyalsingh should not be allowed to continue to treat citizens like this. He should be fired immediately.”

Green Screen reveals the finalists for the mobile film competition 0