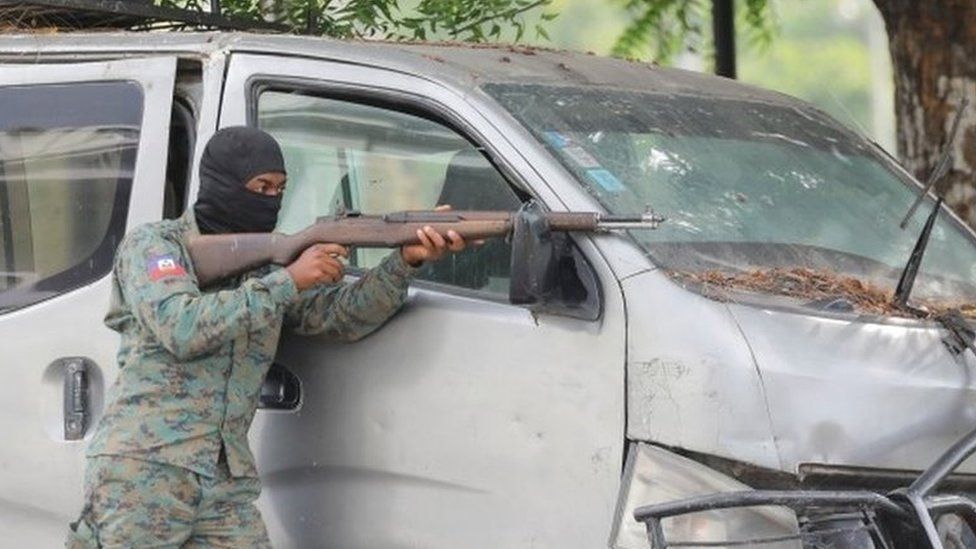 A war between Haitian gangs which has left hundreds dead since it flared up three weeks ago has spread to the centre of the capital, Port-au-Prince.

Gang members engaged in a fierce gun battle with each other and with police on Wednesday.

The city’s temporary cathedral caught fire amid the fighting.

It is not yet known how many people were killed in this latest battle but UN figures suggest more than 200 died between 8 and 17 July.

Previously, the focal points of the battle between the G9 criminal alliance and a rival alliance calling itself G-Pèp had centred around the impoverished neighbourhood of Cité Soleil. But on Wednesday, video showed police confronting gang members not far from the presidential palace.

While Port-au-Prince has long suffered from gang violence, the war between G9 and G-Pèp has raised it to new levels.