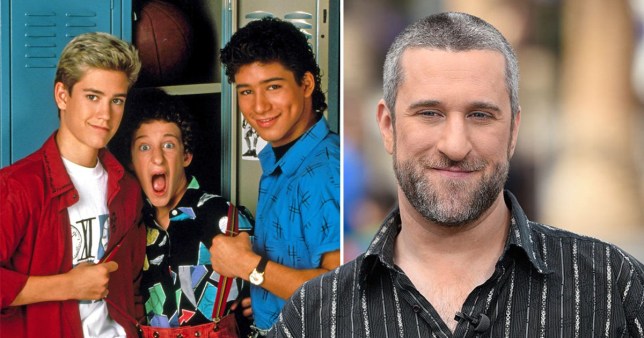 Saved by the Bell star Dustin Diamond has confirmed his cancer diagnosis. Many fans were worried when news broke of the television actor being admitted to the hospital with some sort of ailment.

When news outlets approached his representation for comment about his condition, most reported that he was seriously ill. Now, on Facebook, Diamond has gone into more detail about his ailment and the treatment he’s received so far.

His official response is asking for some privacy at this difficult time, but they also listed an address where fans can send letters and cards in Illinois. The comments are quickly flooding with well-wishes as cancer is undeniably serious. There is no plan moving forward as of now, but he is still grappling with the life-altering news. Read what the official account has to say about the diagnosis down below:

“ At this time we can confirm that Dustin does have cancer. Dustin Will disclose more information once it is available and a plan moving forward is made . If you would like to send a card or letter you can send it to Insurance King C/O Dustin Diamond 127 N. Alpine Rd Rockford , Il 61107”

Official Statement from Team Dustin: “ At this time we can confirm that Dustin does have cancer . Dustin Will disclose…Posted by Dustin Diamond on Facebook.

“You can also send emails if needed to:[email protected] as well and will print them off and send them to him. We ask at this time no autograph requests be sent to this address as that isn’t what it’s for. We ask everyone to respect Dustin’s privacy during this difficult time . All positivity and prayers are appreciated “

Diamond had spoken to TMZ last year about the Saved By The Bell Reboot and wanted to make it clear that he would love to be involved in some capacity.

“See I was one of the people in every episode. I was literally in every episode. Out of all of the cast members, I was in the most. And that’s not the case anymore. I’m not in the new one. And how do you have ‘Saved By The Bell’ without Screech? Right? It seems like there a missed opportunity,” he began. “It’s kind of — what’s the old saying about cutting off the finger to spite the hand? Or cutting off the nose to spite the face? Something like that. Ten years in high school, I should know this [laughs] I should have studied it thoroughly.”