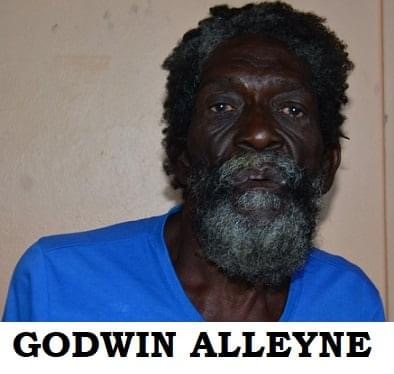 Roxborough man charged for throwing stone at a TTPost building

GODWIN ALLEYNE, a 69-year-old man, of Main Road, Roxborough, has been charged with two counts of Malicious Damage.

While at her home, the first victim reported that around 2.45pm yesterday, Wednesday 18th February, 2021, she observed the suspect, whom she knows, threw a stone at the TTPost building causing damage to a display window on the southern side, amounting to $5,500.

The second victim then reported that around 3pm, while at her place of business, Romeo’s Gas Station, she observed the same suspect whom she knows, standing in front of the building with a stone in his hand. He then threw the stone towards the Gas Station hitting the display window on the northern side causing damage amounting to $1,650.

Ag. Sgt Robley and a party of officers of the Roxborough Police station, visited both scenes and subsequently arrested ALLEYNE. WPC Blake charged ALLEYNE for the first count and PC Ferguson charged for the second count of Malicious Damage.