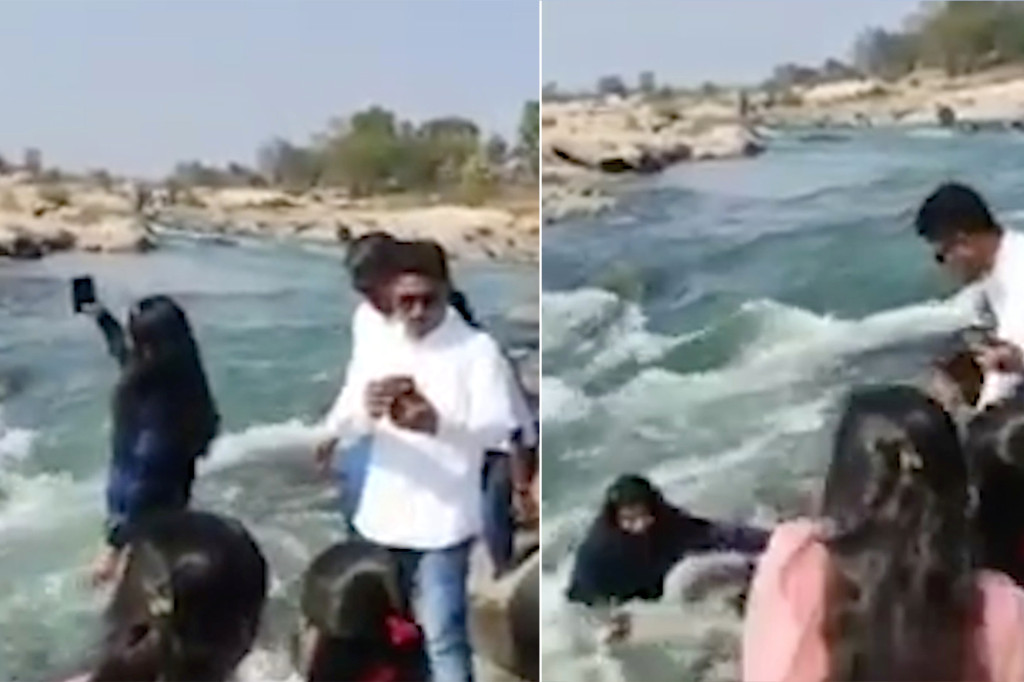 In a shocking accident that took place near Kanakunda in Odisha, India.

A woman identified as Nirupama Prajapati was trying to take a photo of herself near the edge of a turbulent river when a man — who was trying to do the same thing — lost his balance, slipped, and knocked her into the water.

Her friends who were also present at the river, captured the fatal accident on video.

Nirupama’s screams could be heard above the raging water as she fell and ultimately went beneath the surface.

According to India Today, the fire department and her family searched the water for 22 hours until they eventually found her body in a stone crevice, almost 500 yards from where she fell in.