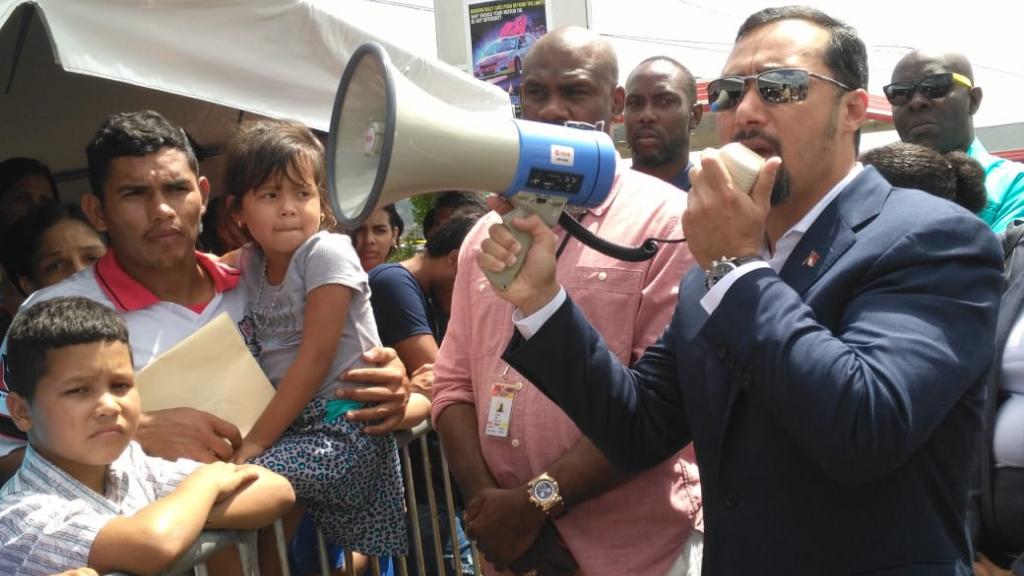 The process to re-register Venezuelan migrants in this country, is set to begin next Monday, 8 March.

National Security Minister Stuart Young made the revelation, as he spoke during a radio program on i95.5FM on Sunday.

Young said the process will only be for those who had already registered and whose time had expired under the original registration policy.

The re-registration process will begin on March 8 and end on March 26.

It will provide the already registered Venezuelan with another six-month allowance to live and work in TT, but if people get involved in criminal activities it could mean deportation and the cancellation of the registration card.

Young said that over the past few weeks, his ministry has been working on the logistics of rolling out the process.

He said the re-registrants would have to fill out a 17-A application form, which can be downloaded from the National Security website.
Following this, a copy of their registration permit, passport photo, bio-data or UNHCR card, has to be attached, along with proof of current address and a job letter.

Young said for those who are self-employed, there would be space to input that information on the form.

Registrants would then have to write their full name, telephone number, email address and minister’s permit number on the front of the envelope.

The completed packages are to be placed in drop boxes at the Immigration Enforcement offices on Henry Street, Port of Spain; Knox Street, San Fernando; or the Agricola Building in Tobago.

Young is anticipating a small number of Venezuelans registering as he said a few of the registrants had dropped off the system and moved to other countries, while others had been rejected from the system, having had a criminal record.

Laventille man shot in the chest 0