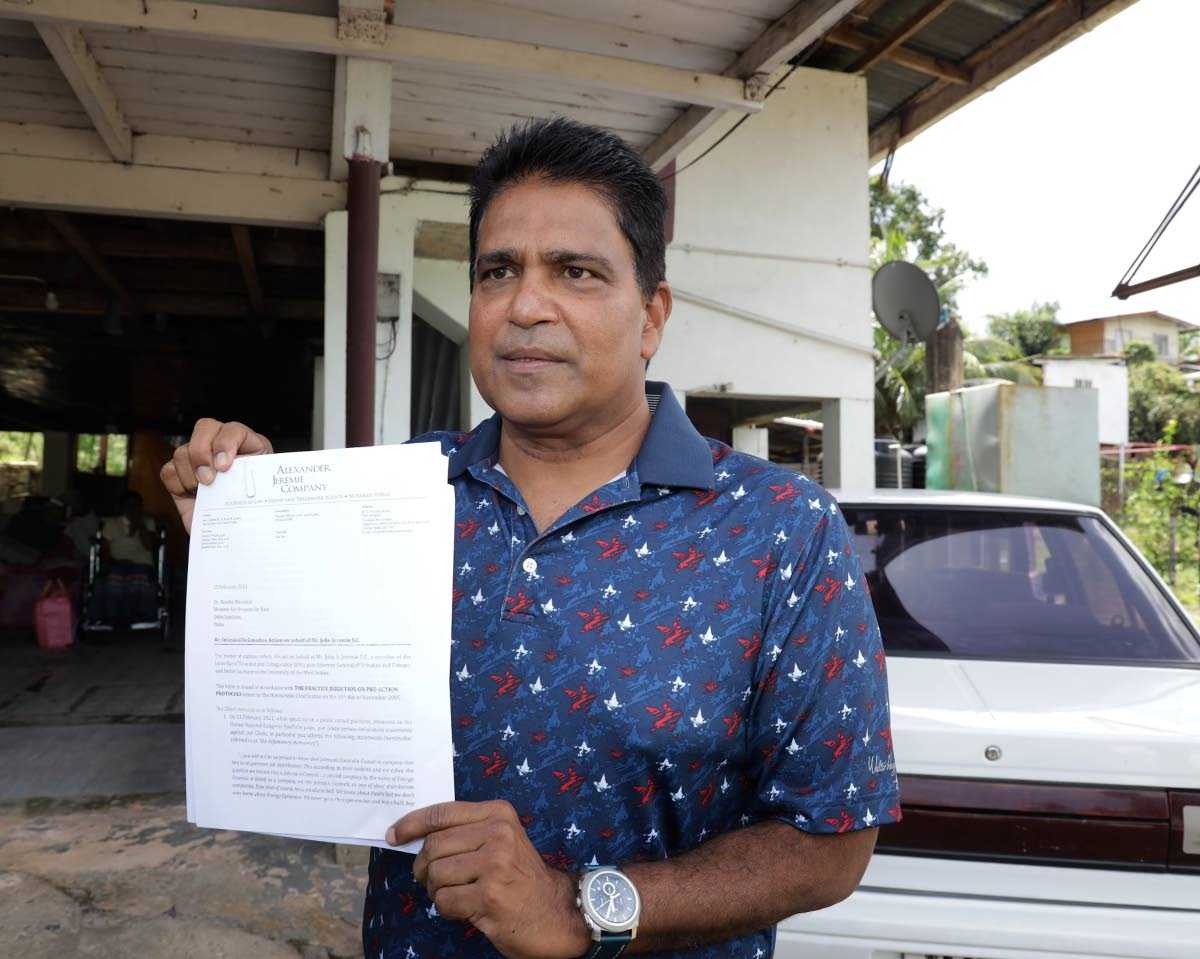 Jeremie has since sent Moonilal a pre-action protocol letter, stating his intent to sue the UNC member.

The letter comes from Jeremie and a company named Energy Dynamics Limited.
In it, lawyers for Jeremie state that Moonilal spoke on February 11 at UNC’s live-streamed Virtual Pavement Report and during his presentation, Moonilal revealed the award of an $84-million government contract to a Canadian firm for the distribution of CCTV cameras.

Moonilal linked the firm to Energy Dynamics Ltd, of which Jeremie is a director, and Peake.

The letter claimed: “The defamatory statements were uttered maliciously and were designed to bring our client into odium and contempt when given their ordinary and plain meaning.”

It was said that the statements made were “completely false on all accounts.

Jeremie is calling for Moonilal to make and publish a public apology, admit liability and remove the statements and YouTube video within 48 hours.

Moonilal was given seven days from the receipt of the letter to respond.

However, Moonilal said “My lawyers have looked at it,” he said. “They are clearly saying it is frivolous and a waste of time and effort. We have sent a letter in response because we will follow the process.”

Moonilal’s attorney, Jayanti Lutchmedial, in a letter stated, as a preliminary response, that Moonilal made no admission of defamation against Jeremie or Energy Dynamics and accepted no liability.

She said that Moonilal did not own the rights to the YouTube video and could not authorise its removal.
Lutchmedial also said that the seven-day time frame for a response was unjustified given the serious nature of the proposed claim.

Health Minister: Trinidad & Tobago Will Be Guided By The WHO Regarding Vaccine Mixing. 0