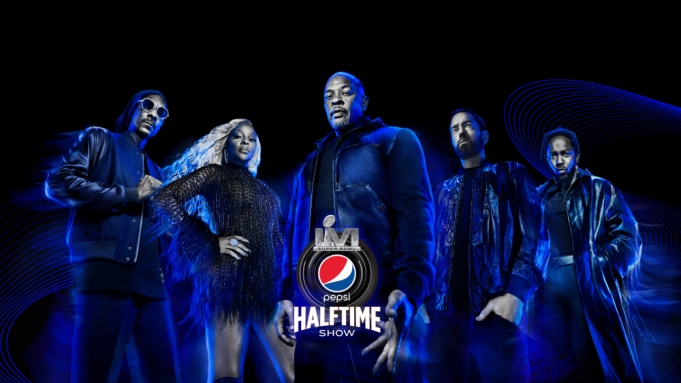 Dr. Dre, Eminem, Snoop Dogg and Mary J. Blige made the announcement on their socials Thursday (September 30) with a promo photo for the highly anticipated event. The performance will be the most Hip Hop-centric lineup in National Football League history.

Naturally, Hip Hop fans are enraptured by the lineup, which is turning typically non-football fans into people who actually want to watch the big game — well, at least the halftime show.

Dr. Dre talked about the significance of this moment in a press release, saying, “The opportunity to perform at the Super Bowl Halftime show, and to do it in my own backyard, will be one of the biggest thrills of my career.

“I’m grateful to JAY-Z, Roc Nation, the NFL, and Pepsi as well as Snoop Dogg, Eminem, Mary J. Blige and Kendrick Lamar for joining me in what will be an unforgettable cultural moment.”

The Super Bowl LVI Pepsi halftime show follows The Weeknd’s performance, who delivered a high-octane medley of his greatest hits in 2020.