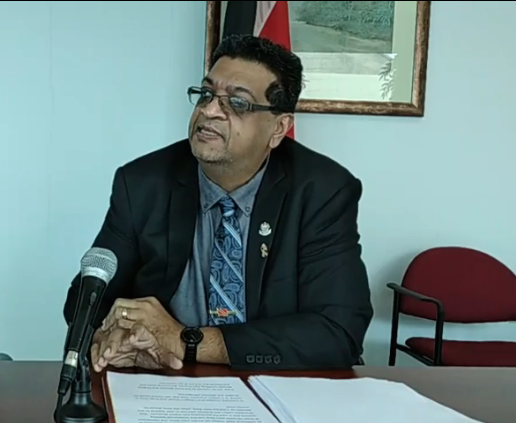 Paray: It will soon cost more to put food on the table

Brace yourself for higher food prices.

Speaking during a press conference on Sunday, Paray said “Trinidad and Tobago’s foreign exchange situation is in an abysmal state and is worsening month on month.”

He said the limited forex means supermarkets are being forced to reduce the quantum of their imports to match the availability of foreign currency.

“In other words, it is going to cost each of us more to put food on the table,” he said.

Paray added “The country is in its deepest debt ever, businesses are closing down, workers are losing their jobs and the cost of living is sky-rocketing. Banks are further cutting back on foreign exchange availability to customers, customers are dipping deeper into their pocket and the government is doing precisely nothing.”

Paray said the government needs to treat the foreign exchange shortage “emergency” with the “critical attention, vital resources, and sharp focus that it requires.” He called for skilled experts to come together in a bi-partisan response to the issue.

Paray said some of the solutions were to be found in a reduced food-import bill as well as ensuring that contractors are duty-bound to use certain products made in TT.

He said a recent survey by the business community showed that a number of small and medium-sized manufacturers were closing because of the shortage. This meant more and more workers were going on the breadline, he said, and poverty was rampant and worsening in rural TT.