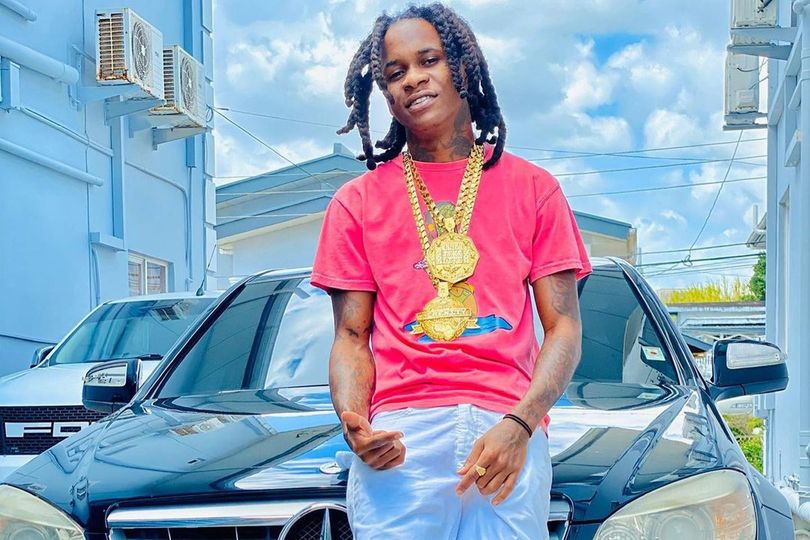 This as a WhatsApp message began circulating that several local artistes and alleged gang members have ended their peace treaty.

The artiste in a media release issued this evening Sunday January 17, said he is troubled by the claims and statements contained in the WhatsApp message that link him to “a life of criminality, and affiliations criminal gangs or gang members

The release further states that Swanny has referred the claims to his lawyers and is seeking legal redress. 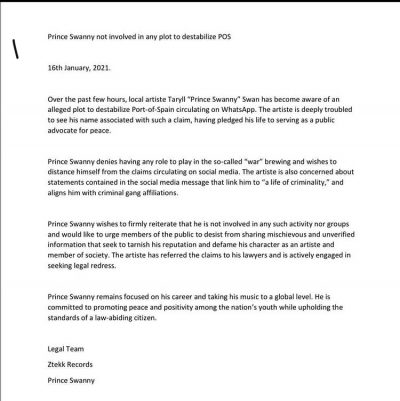 Prince Swanny asked the public to desist from sharing the message as this has been Dev to tarnish his reputation and defame his character her.

Prince Swanny said he remains focused on his career and taking his music to a global level and is committed to promoting peace and positivity.

On Saturday Commissioner of Police Gary Griffith said the TTPS will take down any attempts to escalate gang-related criminal activity.