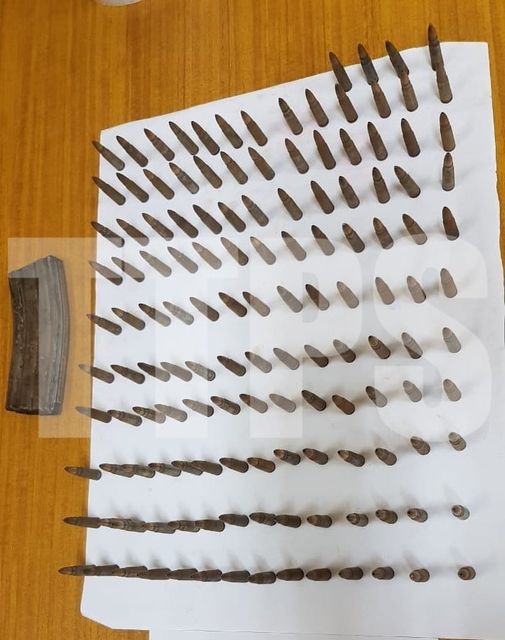 Police discovered a large quantity of ammunition during an anti-crime exercise conducted in the La Romaine district, Southern Division during 10 am and 1pm on Wednesday.

During the exercise, police searched an unoccupied house along Ethel Street, La Romaine, where they discovered a black plastic bag containing 137 rounds of 5.56 ammunition along with one 5.56 magazine hidden in a bucket in a bushy area at the rear of the said house.

No one was arrested. PC Ali took possession of the ammunition and is currently conducting enquiries.