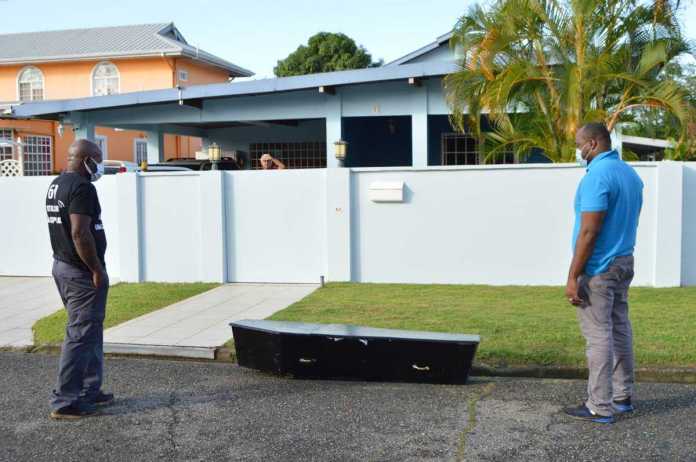 Divisive, discordant and disruptive behaviour even during the Holy Season.

This is how the People’s National Movement National Women’s League has described the latest actions associated with the Opposition, United National Congress.

The League, in a statement on Sunday cited an incident in which an individual, believed to be a UNC agent took a coffin to the home of Health Minister Terrence Deyalsingh.

The League said this was more than an obscene exhibition, but also a threat, and it looks forward to hearing the outcome of this from the Police Service.

The League has called on the Opposition Leader to disclose whether she was affiliated with this incident since it said Victor Robert’s was effusively praised and supported by the Opposition.

The League said this demented behaviour is filthier than the characteristically vile discourse of the UNC, and demanded that a line must be drawn.

One man dead, another wounded in Sangre Grande shooting 0