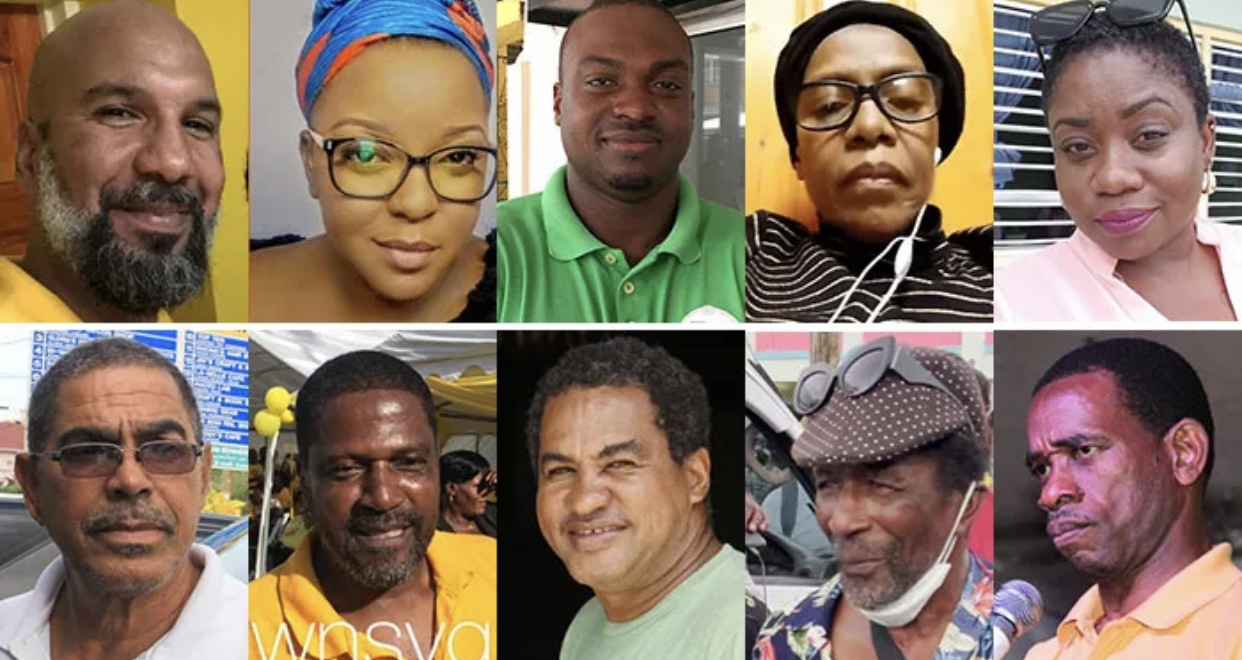 Eyewitness news in St Vincent is reporting that heavily armed officers from the Rapid Response Unit also called the “Black Squad” of the Royal St. Vincent and the Grenadines Police Force were, up to 9 p.m. Saturday, raiding the homes of opposition supporters and other activists.

“This is a very serious moment in our country. What happened today signals a very dangerous course on which the police and the ULP have embarked. What started with ten persons may be more and is nothing more than an attempt to suppress democracy in this country,” Leader of the Opposition Godwin Friday told a New Democratic Party press conference Saturday night.

“Democracy is not a giant conifer, a big mango tree, but a gentle flower that those with big heavy boots are waiting to stamp upon and crush beneath their feet. And when that is done, all of us suffer,” he warned.

Friday told the media that news of the raids came when heavily armed Black Squad officers arrived at the home of Tyrone James, general secretary of the NDP.

James, a retired commandant of the SVG Coast Guard, was not at home at the time, and the police subsequently went back to his home.

Throughout the afternoon, there were raids on the homes of at least 10 people, Friday told the press conference.

Graham later told the press conference that during Friday’s presentation, the NDP was further informed that Igal Adams, an NDP spokesperson, and businessman Douglas De Freitas, owner and manager of NICE Radio, had also each received a visit from the Black Squad.

“The only thing that these people have in common is that they are perceived to be persons who are directly involved in the demonstration in Kingstown last Thursday,” Friday said.

He was referring to the demonstrations in Kingstown, on Thursday, in which several protesters were injured, allegedly by police, and Prime Minister Ralph Gonsalves was injured when he was struck in the head by an object.

Annamay Lewis, of Layou, has been charged with wounding, in connection with the prime minister’s injury and is slated to appear in court on Monday.

Friday said that at the time of the raids and the press conference, there had been no indication that any of the people whose homes were raided had committed any offence.

He said that the warrant for the search of Luzette King’s home said that police were searching for firearms, electronics, ammunition, and documents to conduct an investigation into the offence of unlicensed firearms.