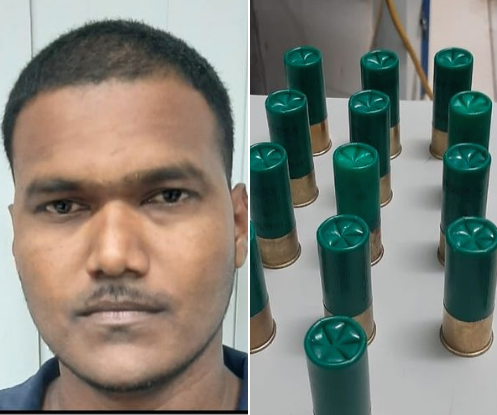 STEVE BRIDGEMOHAN, 38, will appear before a Mayaro Magistrate on Monday 25th January, 2021, to answer to the charge of possession of ammunition.

During the exercise, several persons and their vehicles were searched. The officers allegedly discovered 13 rounds of 12-guage cartridges on BRIDGEMOHAN.

STEVE BRIDGEMOHAN, of Penal Rock Road, Basse Terre, Moruga, was immediately arrested and taken to the Mayaro Police Station where he was charged by PC Verasammy.

Man arrested, charged for hitting woman while on the phone 0