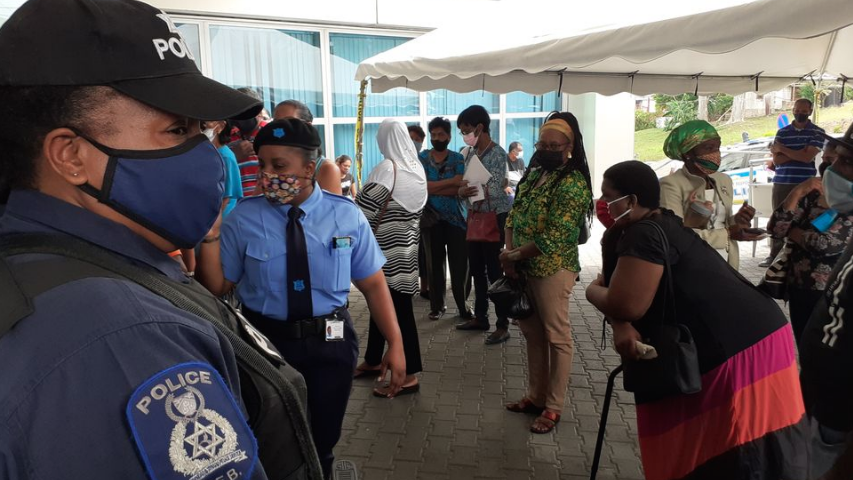 The South West Regional Health Authority (SWRHA) has assured outpatients that they will be appropriately accommodated.

This after police were called to the San Fernando Teaching Hospital yesterday after scores of frustrated outpatients assembled at the entrance seeking to access their respective clinics.

But, due to the heightened COVID-19 concerns, only a small number of people were allowed into the building at time.

This led to anger and frustration among the patients and the crowd reportedly became uncontrollable, with no social distance guidelines being followed.

The SWRHA said the matter was quickly addressed via supplemental measures and expressed confidence their out-patients will continue to appropriately accommodated, consistent with the Block Appointment System (BAS).

The Authority said patients should remember to arrive 15 minutes before Block Appointments, and note that only one relative (if necessary) should accompany the patient.
Patients were also encouraged to call the authority’s toll free Customer Care Centre at 87-SWRHA (877-9742).

PDP ‘Fed Up’, Introduces Their Own THA ‘Executive Council’ 0