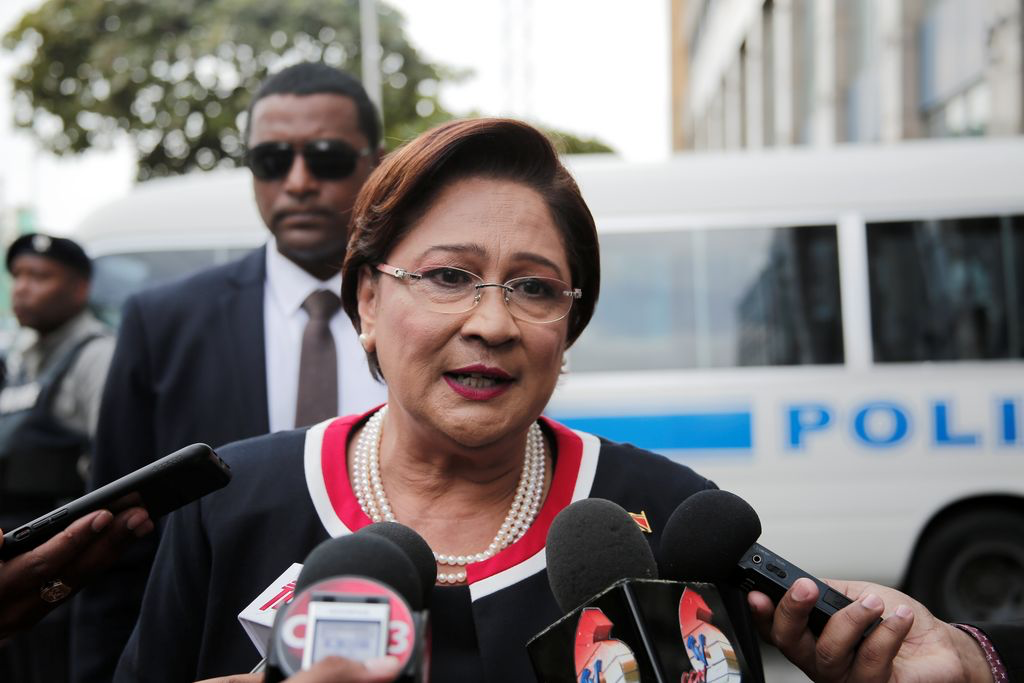 Opposition Leader Kamla Persad-Bissessar is of the view that Energy Minister Stuart Young’s scandalous appointment of Eugene Tiah to the Paria investigation committee, opens the door to accusations of Government tampering, manipulation and coverup in these investigations.

In a release on Saturday, Persad-Bissessar said that when the creation of this special committee was announced on Thursday 3rd March, at no time did Minister Young disclose the fact that in 2014 he was the lawyer for Mr Tiah in a matter in the Court of Appeal against Evolving Technologies and Enterprises Development Companies Limited.

She noted that also representing Mr Tiah alongside Minister Young in that matter was Michael Quamina, who is currently the Chairman of the Board of Trinidad Petroleum Holdings Limited, the parent company to Paria Fuel Trading Company Limited. Michael Quamina is also the personal attorney to Keith Rowley.

Persad-Bissessar said, “It is scandalous that Eugene Tiah was appointed to this investigative committee, without the fact of his prior close working and personal relationships with both Minister Young and Michael Quamina being fully disclosed to the public. This appointment opens the door to accusations of Government tampering and manipulation in these investigations.”

“By appointing a former client Minister Young’s actions are extremely unethical and yet another glaring example of the corrupt and surreptitious behaviour of this Rowley Government,” she said.

The UNC leader said the Paria Tragedy is the worst industrial accident to occur in Trinidad and Tobago in almost forty years.
She said, “It is imperative that the families of the deceased, as well as the public, have complete confidence in this investigative committee to unearth the truth without prejudice or bias. Justice must not only be done for the victims in this tragedy, it must be seen to be done.”