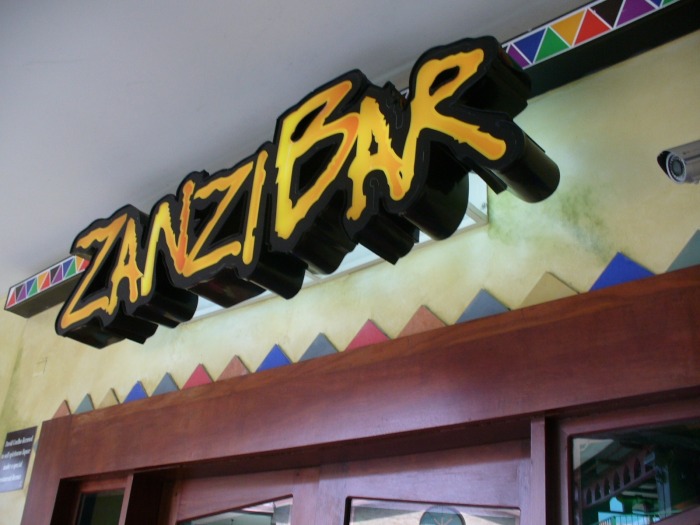 Prime Minister, Dr. Keith Rowley on November 7th announced that restaurants will now be allowed to open with clients for in-house dining of 50% or groups of ten or less with proper separation of groups.

Bar operators will have to continue operating with no congregations in house, but operators can serve alcohol to go.

However, Dr. Rowley said restaurants will be restricted from serving alcohol.

The ban on alcohol has not been sitting well with some restaurants who say most of their income comes from the sale of alcohol.

Meanwhile staff at Zanzibar Restaurant, who wished to remain anonymous reached out to IzzSo Media and said the restaurant has been closed since August and laments that management is refusing to reopen and pay staff there accumulated vacation leave.

Izzso Media spoke with a number of staff members who said they were informed that the restaurant would not re-open, even in light of the Prime Minister’s recent announcement to allow for in-house dining of 50% groups of ten or less; without being able to have alcohol on sale.

Staff also claim they were told that their vacation leave would not be honoured as the company it is not financially able to do so.

Workers at Zanzibar said while they understand the current climate around the COVID-19 pandemic they are left in mid-air waiting to be employed again and or head back out to work at the restaurant.

Workers say they are eager to start working to sustain their livelihoods.

Meanwhile the company on November 18th, 2020 issued a memo to staff on the issue of ‘Vacation Leave’ and reasons why the restaurant will not be opening. 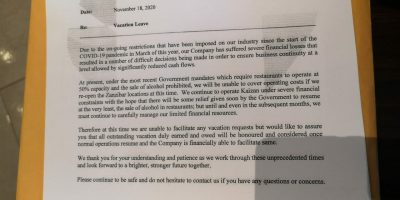 Loading...
Newer Post
St. James man held with firearm and a quantity of ammo
Older Post
CoP slams “zessers” for irresponsible behaviour; TTPS will be shutting down all parties of this nature