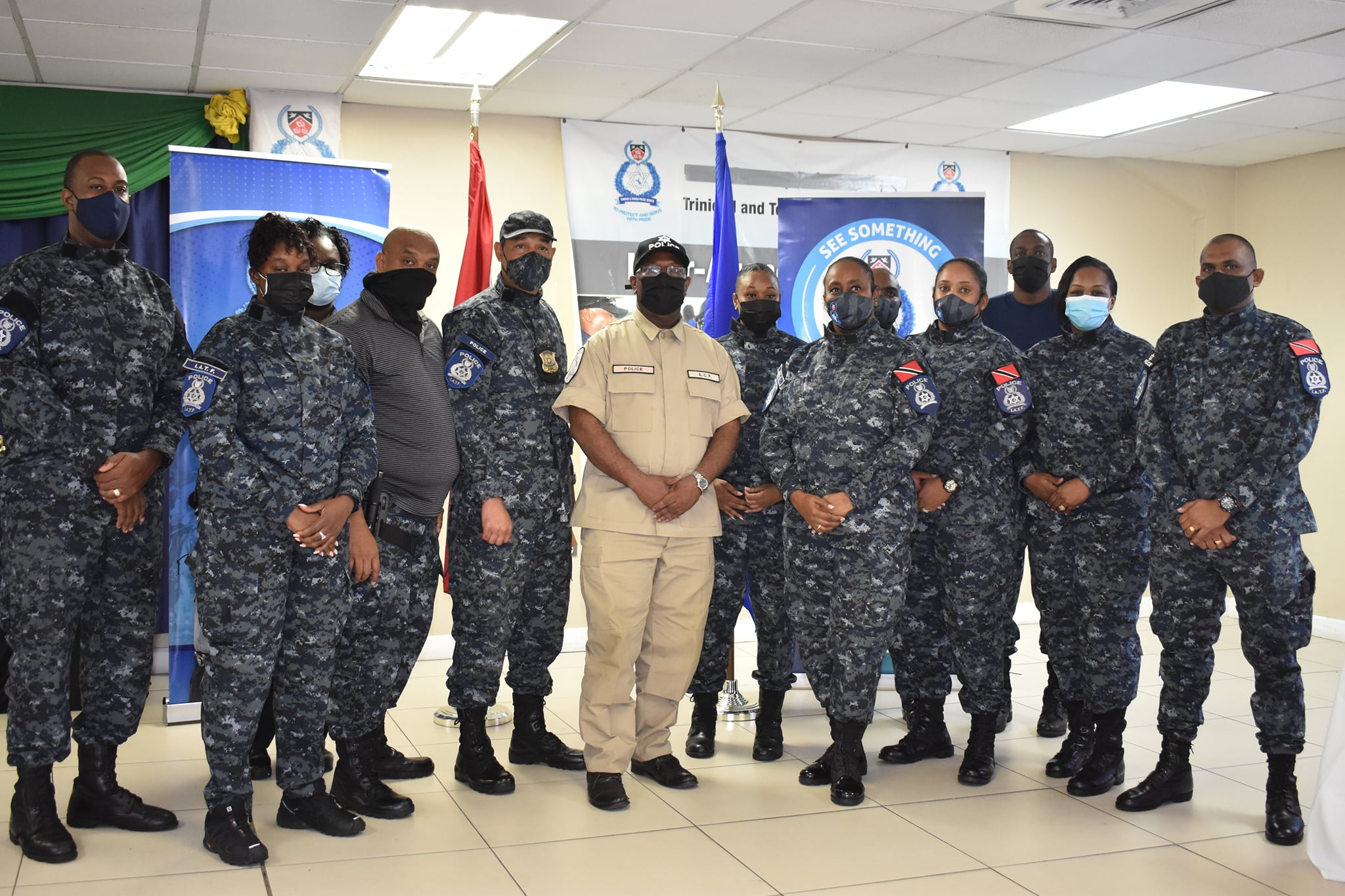 The Trinidad and Tobago Police Service (TTPS) has partnered with CRIMESTOPPERS in a campaign to remove1000 illegal firearms from the streets between 1st September and 31st December, 2021. An award ceremony held today at the Conference Room, Inter-Agency Task Force, Aranguez which has served as a catalyst to motivate officers to achieve this lofty goal.

While delivering the feature address, Acting Commissioner of Police Mc Donald Jacob commended the officers of the various units of who worked together to remove 497 illegal firearms off the streets for the period January to August 2021.

The Acting CoP stated that the new campaign encourages members of the public to give information through CRIMESTOPPERS, however, the TTPS is charged with acting on that information. He added that the campaign is of paramount importance as illegal guns account for 85% of the violent crimes committed in the country.

Ag CoP Jacob stated that while persons who share useful information will be rewarded financially, the executive of the TTPS saw it necessary to take a 360-degree approach, which also rewards and recognises the officers who recover these illegal firearms. The Acting Commissioner stated that recognition will be given to each unit of the TTPS that plays a part in the firearm recovery campaign, and as such officers can expect more award ceremonies in the near future. Acting CoP Jacob also added that while the role of CRIMESTOPPERS is important, officers must take a proactive approach by gathering intelligence, executing searches and doing all that is necessary to get illegal firearms off the streets.

Commissioner Ag Jacob stressed the importance of synergy in moving forward, as he encouraged all units, including the IATF, Mounted and Canine Branch, Traffic and Highway Patrol and the CID to work together in achieving the goals of the campaign.

In her remarks, DCP Administration Ag Joanne Archie told those gathered that as a young officer she was able to excel because her leaders saw her potential and they motivated her. DCP Archie further stated that she firmly believes that when good behaviour is rewarded, most likely it will be repeated. She added that she hoped that the recognition given to officers today would motivate and encourage them to continue performing their duties with excellence.

At today’s ceremony ACP Cooper of the CID, Snr Supt Mystar of the Traffic and Highway Patrol Branch, Snr Supt Oswain Subero of the IATF, Supt Hospedales of the Mounted and Canine Branch received awards on behalf of respective various units.