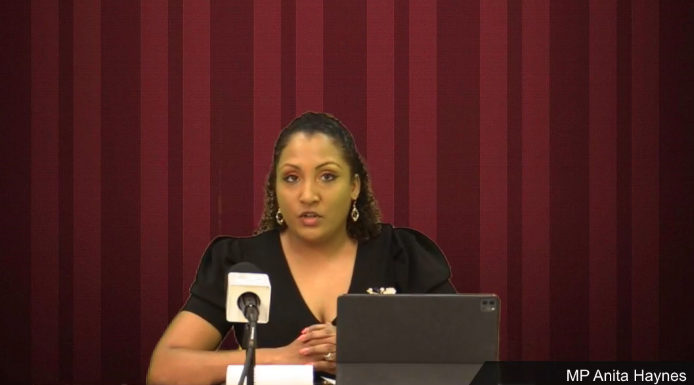 In fact, while speaking during a press conference on Wednesday, Haynes said the incident has “uncovered a lot of issues.”

This all stems from a report by News at 7 journalist Kejan Haynes, who stated while covering the repatriation of Venezuelans at the Cruise Ship Complex last Saturday, TTT reporters were provided with access beyond a certain point.

He said when he asked off camera why only TTT was allowed in, while his reporter and Newsday’s reporter were debarred, he was told by de Nobriga that this was to give TTT “a fighting chance.”

de Nobriga later clarified his statement via a press release, stating that it was light-hearted and “off the record.”

However, MP Haynes said the “foot in mouth situation” is no laughing matter.

She said if the government’s concern is making TTT more competitive and viable, “You do not do this by limiting the number of media houses or space for media to ask these hard questions…You do this by creating a wider space.

“We are being told that we have to trust the info coming from them (government) and trust that they are presenting it to us in an unbiased manner and that we’re getting all the facts.”

“Nobody’s laughing with you so it’s not a joke.”

She said de Nobriga has neither apologised nor acknowledged that his reasoning is flawed.

PM: It’s not feasible to help everyone financially 0