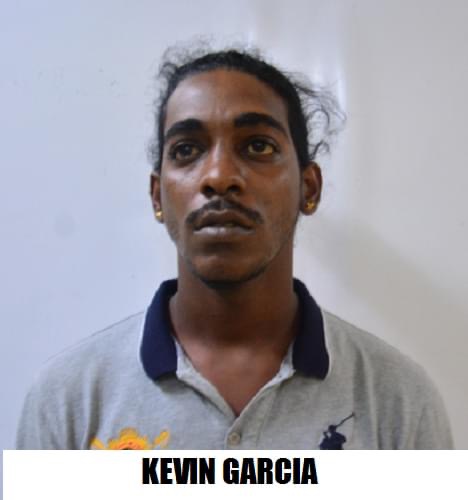 A 29-year-old man was denied bail when he appeared before the Scarborough Magistrates’ Court yesterday charged with sexual penetration of two girls.

KEVIN GARCIA, unemployed, of New Providence Street, Riseland, Carnbee and Land Settlement, Louis D’or, Tobago, was remanded into custody by Magistrate Jo-Anne Connor after being charged by WPC Hamilton and PC Mitchell, of the Tobago Division Child Protection Unit (CPU) on May 5th.

He is expected to reappear before the court on June 2nd, 2021.

GARCIA was arrested by officers of the Tobago Divisional Task Force (TDTF) on Tuesday who were executing a search warrant for dangerous drugs at his home. When TDTF officers entered the home of the accused, they allegedly found a 17-year-old girl in the house instead. The girl later confided in officers that she was sexually assaulted by a man.

A man was later arrested and taken into police custody.

Further enquiries revealed that the man was wanted in connection with a report which was made to Tobago CPU officers in November 2019 by a
16-year-old girl who told detectives that she too was allegedly assaulted by a man.

The girl reported to WPC Hamilton that, while dressed in her school uniform, she left home and walked a short distance where she went into an unknown vehicle driven by a man. The man reportedly drove the girl to a house at an unknown location and, while there, he had sexual intercourse with her.

GARCIA was subsequently charged with two counts of sexual penetration.

The investigation was headed by W/Superintendent (Ag.) Claire Guy-Alleyne and supervised by Sgt. Miller.

17 persons arrested for Breach of the Public Health Regulations 0

Hinds: “We are still in the same wave of the Covid pandemic from last year!” 0