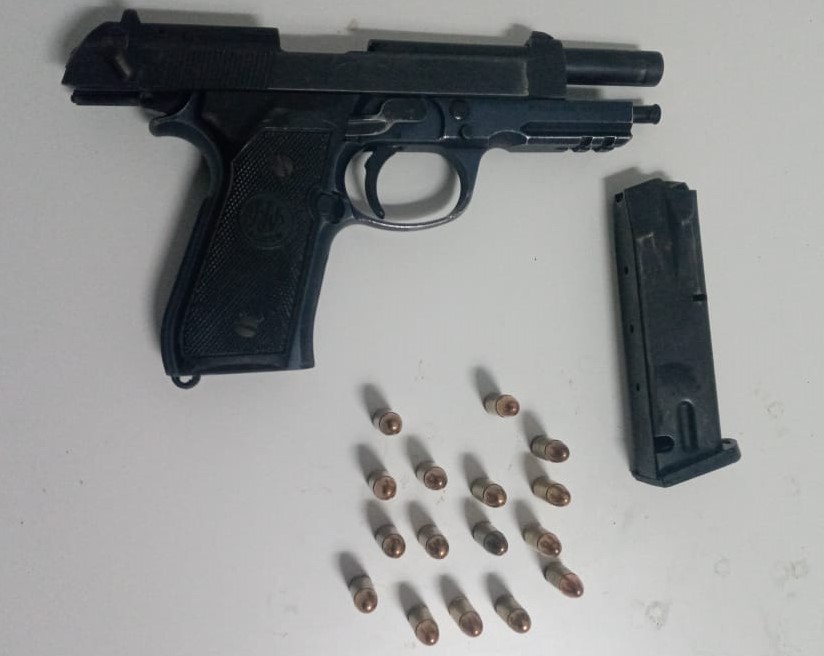 One Beretta pistol and a magazine containing 16 rounds of nine millimetre ammunition was seized during an anti-crime exercise in the Maloney district on October 31st, 2020.

One man has been arrested in relation to the find.

Reports state that two officers attached to the Maloney Police Station Crime Patrol Unit were conducting a tour of the Maloney area.

While in the vicinity of Building three Maloney Gardens, the officers observed a man acting in a suspicious manner.

The man, in an attempt to evade the officers, fled in an easterly direction.

He was subsequently apprehended in the vicinity of Building 11 after a chase with officers.

The firearm and ammunition were found after the officers conducted a search of the man.

He was detained and taken to the Maloney Police Station where he is expected to be charged with possession of a firearm and ammunition.