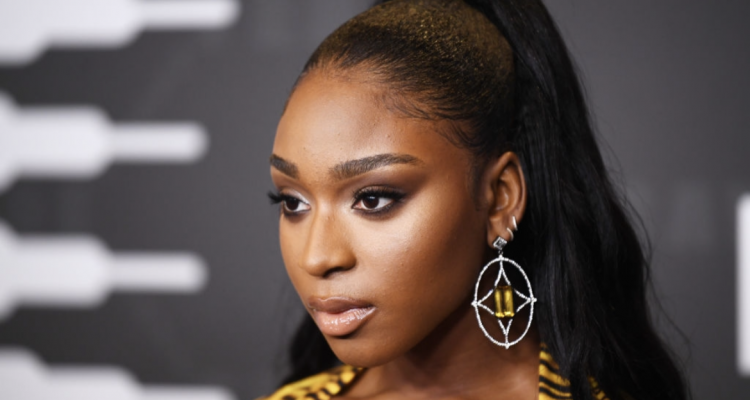 Normani is catching heat for appearing in Chris Brown’s new video for the track “WE (Warm Embrace).”

Directed by Arrad, Rap-Up reports that the video was shot at the Invisible House in Joshua Tree, Calif. Per the outlet, the video follows the release of Chris’ collaboration with Wizkid on the track “Call Me Every Day” from his “Breezy” album which drops June 24.

As noted by MadameNoire, “Chris Brown is an accused colorist who has a history of being violent towards women. Despite his history, his career suffered briefly. He was never cancelled and became R&B’s favorite bad boy,” the outlet writes. And he famously assaulted Rihanna as well as Karreuche when they dated back in the day.

“Idk why the new rnb girls feel the need to collaborate with him,” one person tweeted, per the report. “First ella mai, HER, chlöe, now normani. it’s disappointing. i can’t even say i get it bc he has repeated his behavior toward women, kicks darkskin women out of clubs he’s in and has made the same song since 2012.”

“Nobody on normani’s team should have to tell her to not work with chris brown when we all had functioning brains when the abuse happened and he’s had a reputation since. it’s not about her being protected it’s about her supporting him. normani is grown and didn’t care, that’s it,” one person tweeted.

In related news, Chris Brown hit up Drink Champs to share details about his upcoming LP. During the conversation, he revealed that he nearly became a Bad Boy recording artist, but Diddy turned him down, Vibe reports.

“Imma keep it 100. So I was like 12, at this time. This was before I linked to Def Jam. It was me and one of my production managers’ son named TJ; he’s my brother to this day. Me and him were like a group,” Brown explained.

Brown is expected hit the road this summer for the One Of Them Ones Tour with Lil Baby, which kicks off July 15.

“Man, that’s gonna be fun,” he said of the tour in a new interview with Big Boy, Hip Hop DX reports. “I still get nervous. I’m anxious about it, I have sleepless nights. I’m thinking of ideas. Because it’s the excitement, it’s adrenaline, it’s like a give and take. If you don’t understand that… you know energy, you can feel energy.

“Like, when I get in work mode or thinking about it, I’m also just putting it in my mind, ‘How are the fans gonna perceive this?’ And say you know what, ‘I didn’t waste my money coming to this muthafucka. I actually had a good time,’ you know what I’m saying?”

Historic tree in Tacarigua falls on the E.M.R 0